Advocating for Better Streets Ahead 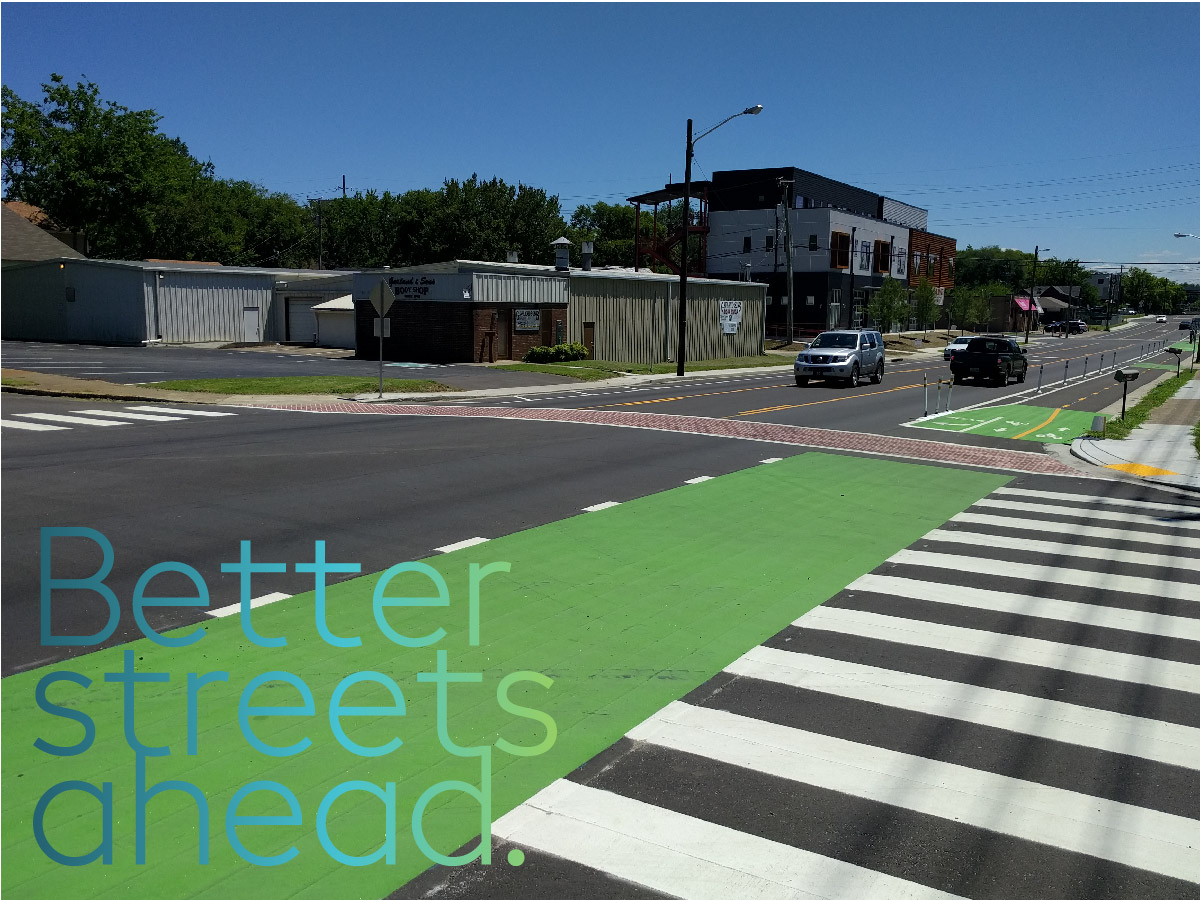 We’ve had a great year in 2017, and we have made a lot of progress in advocating for better streets. Around this time last year, we were in the midst of the WalknBike Strategic Plan outreach, the Sidewalk Development Bill was progressing, and we were looking at how we could be most effective in other policy areas in 2017. We've had a lot of successes advocating for better streets with the WalknBike Strategic Plan and on 51st Ave and Nolensville Pike, but we've had some big citywide priority issues we've made traction on too.

Here’s the progress on our major 2017 Advocacy Goals:

Sidewalk Development Bill 493, an ordinance that strengthens requirements for residential builders to create sidewalks or pay into a sidewalk fee, was passed into law and took effect July 1. We’re grateful to Council Member Angie Henderson, who created and championed this bill, and we’re looking forward to finding out how many new sidewalks will be built!

We have been advocating for a high and consistent level of annual funding for bicycle and pedestrian funding. Metro passed a budget for this year that maintained $30 million for sidewalks (a high level consistent with last year), and a record breaking $5 million for bikeways. These are precedent setting amounts that will make dramatic changes to our streets in the year ahead.

A public project tracker for sidewalks and bikeways was a major recommendation of the WalknBike Strategic Plan. This public information system would allow for greater publicity, transparency and accountability into the improvements we are making for our streets. The beta version, an interactive web mapping tool, has been released, and we hope to have it fully accessible in December.

Neighborhoods understand the need for traffic calming in Nashville, they want it, but there’s not a great way to get it implemented. We are supporting the “Walking District” neighborhood pilots, which have lowered the local road speed limits to 20 in three neighborhoods. We have been working with the Active Mobility Planner to streamline the process and make it much easier for neighborhoods to work with Metro Departments to get traffic calming measures installed. We expect this program to be available

Finally, we would be amiss not to talk about transit. At this time last year, the Mayor’s Let’s Move Nashville Transit Plan was merely a blip on the future horizon. This $5.2 billion plan has the opportunity to have a massive, game-changing effect on our streets for decades to come. Because walking and biking are essential to successful transit, and good public transit is essential to walking and biking, Walk Bike Nashville has joined the Transit for Nashville coalition, and we are working hard to make sure it is a successful plan that includes significant attention to bicycle and pedestrian connections.

Thank you for your support and advocacy for initiatives across the city. With your continued support, we can continue to make better streets ahead!