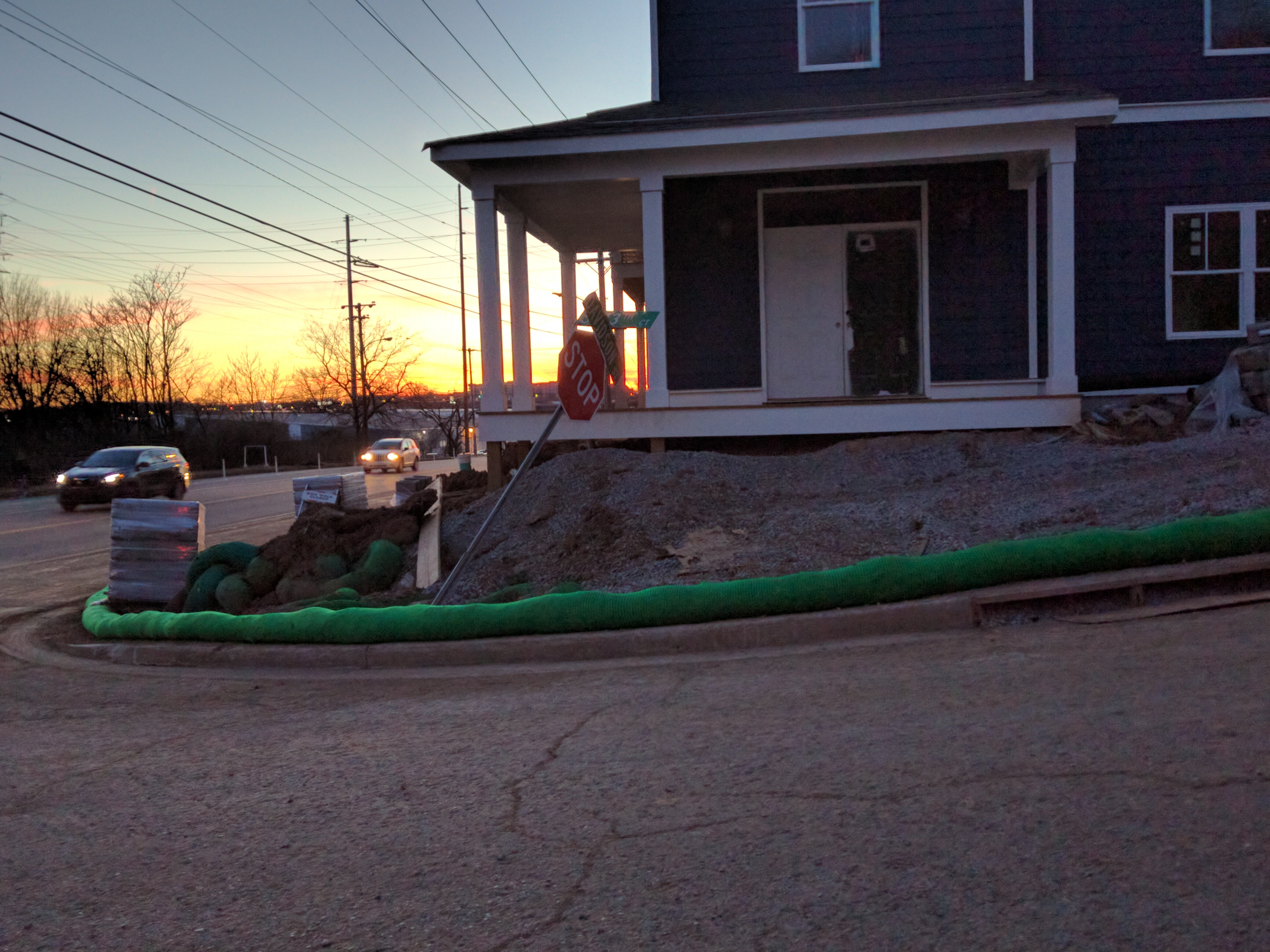 Last night, Nashville Metro City Council passed the ‘Sidewalk Bill’ BL2016-493, a significant step in catching up to the huge need for Nashville Sidewalks. The bill, which goes into effect July 1, increases developer requirements to build sidewalks or contribute to the in-lieu fee (a fee that funds sidewalks built by Nashville government instead of the developer).

We’ve talked a lot about the impact of this bill in previous blog posts, but to reiterate the key points: 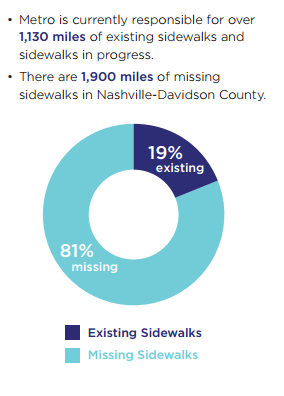 The Tennessean recently estimated that the Nations neighborhood has built 5,000 homes in the last six years alone. If we estimate these are narrow homes with 25 foot street frontages, and had this bill been in effect, it would have added over 26 miles of sidewalks, or about $12 million to the in-lieu fee. By comparison, in reality only around $1 million city-wide has been contributed to the in-lieu fee in the past 10 years.

Kentucky Avenue in the Nations, Nashville is almost completely redeveloped without sidewalks.

We want to thank and congratulate Council Member Angie Henderson, who, for the last year, created and stewarded the bill by working with stakeholders from residential developers to advocacy groups like Walk Bike Nashville to create a well-balanced and measured bill that also makes a significant impact on the future of Nashville.

We also want to thank 37 Co-Sponsors of the bill and all of supporters and advocates that raised their voices in support of it during its passage. While it is just a start to ensuring safe active transportation accessibility in Nashville, it goes a long way to creating a more livable and sustainable future.

Walk Bike Nashville has four city-wide advocacy priorities for the year. With the passage of this bill, our advocacy priorities will pivot to embracing safe, mid-block crossings on our most dangerous traffic arteries. Stay tuned and stay involved. Thanks for your support of a more walkable, bikeable, and livable Nashville!