Well, 2020 has not gone as planned. Our beloved city was struck by a devastating tornado in March and now our city is dealing with a global pandemic and its economic aftermath. The advocacy work of Walk Bike Nashville continues although we've had to adapt and modify our plans. Here is a summary of the focus of our advocacy work for 2020 as of April but we know we'll have to continue to adjust our plans as our region recovers from these difficult times. 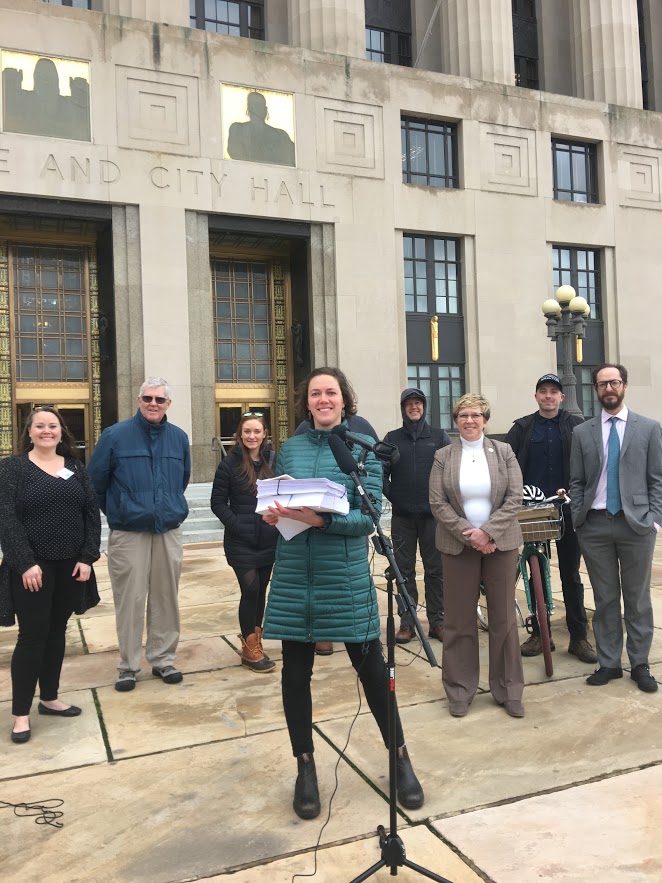 We delivered more than 2,000 petition signatures in support of the Commerce Street and Third Avenue bike lanes to Mayor Cooper on Feb. 13, 2020.

We are extremely grateful to the Mayor's Office and all of Metro Nashville’s public servants for their leadership of our city during this very challenging time. And while funding walking and biking infrastructure may not seem like the highest priority right now, the Metro budget process continues to move forward so we are sharing our priorities with the administration even during this difficult time. Safer and more equitable transportation choices may be more important now than ever, as our city faces significant economic and resiliency challenges in the coming year.

Changes like lowering speed limits on residential streets and the declaration of a vision zero goal for Nashville, don't just happen. It takes thoughtful strategy and carefully planned tactics to change public policy. Our advocacy program is funded directly by our members. This critical work would not happen without the support of our members. Join or renew today.