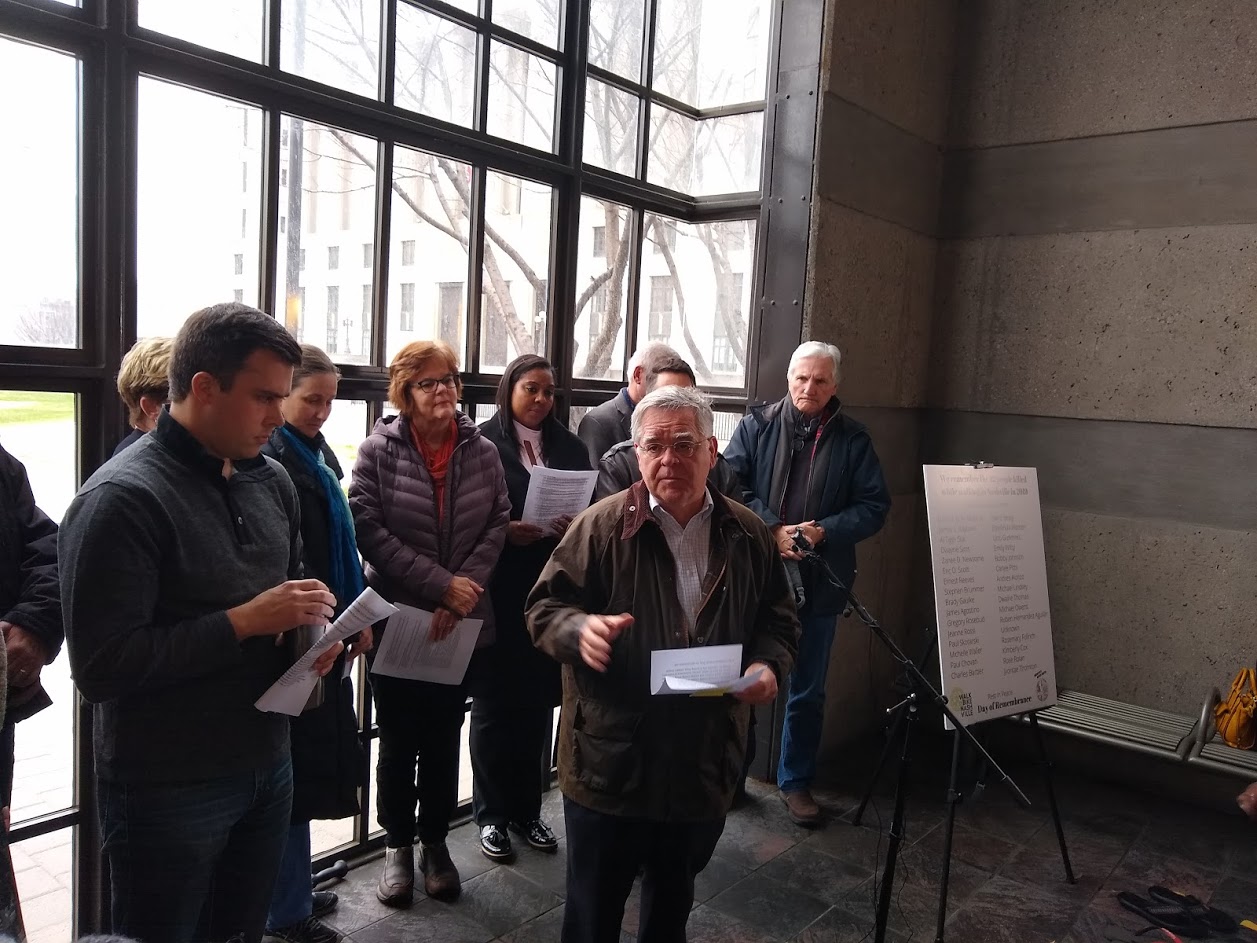 Walk Bike Nashville and Music City Riders United hosted a Day of Remembrance on January 18, 2020 for the pedestrians killed in 2019. 32 people were killed while walking in Nashville in 2019, the most people ever killed in Nashville’s history. 32 people killed is a dramatic increase from 22 people last year and from 12 people a decade ago in 2009.

In the weeks leading up to the memorial event, Walk Bike Nashville and Music City Riders United called on Mayor Cooper to formally commit to vision zero, a goal of eliminating traffic fatalities and severe injuries. We also called on the Mayor to put safety first in this year’s budget and his forthcoming transportation plan.

The Mayor answered. A few days before the Day of Remembrance the Mayor's staff got in touch with us and told us the Mayor would be there and would make an announcement about his plans to combat traffic deaths and severe injuries at our event.

As we detailed in our 2018 Impossible Crossings report, historically more than 80% of all pedestrian fatalities occur on state controlled arterial roads. These arterial roads, including Murfreesboro, Old Hickory, Gallatin and Nolensville Pikes, have speed limits over 30 mph, multiple lanes, few safe crosswalks and high numbers of transit riders. We are very encouraged by the specificity of the Mayor's announcement and the pledge to fix 14 of the Impossible Crossings. We don't need to fix every street in the short-term but we do need to fix the ones we know are dangerous.

Pedestrian deaths are largely preventable when cities invest in infrastructure and enforcement. While pedestrian deaths are on the rise nationally, cities with rigorous Vision Zero action plans, such as New York, Los Angeles, Philadelphia, San Antonio and San Diego have seen decreases in pedestrian fatalities by investing in infrastructure and enforcement. While we await more detailed plans from Mayor Cooper, we are hopeful about the safety improvements the Mayor has announced. If you agree and you have a second, write or tweet the Mayor and tell him "thank you." 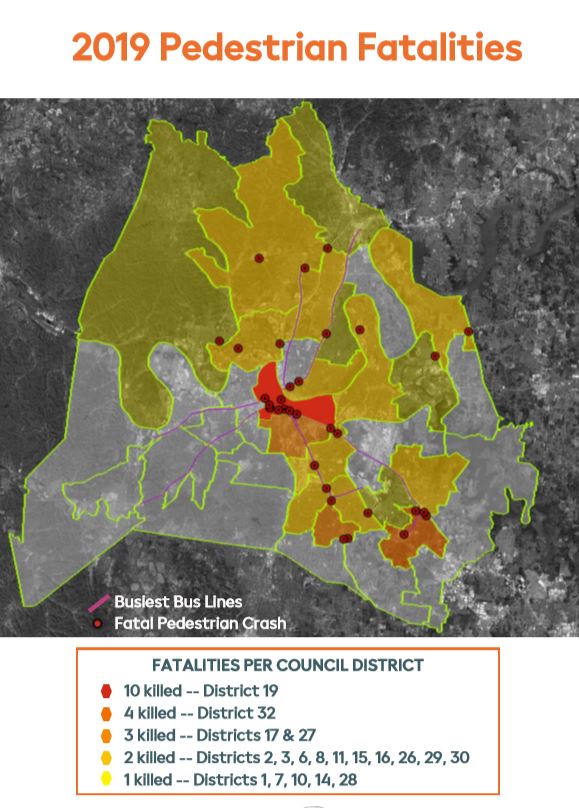 Join us for the Vision Zero Speaker Series via Zoom.

While the Vision Zero Nashville Summit we had planned for April had to be postponed, we are moving ahead with hosting a Vision Zero Speaker Series via Zoom.

We'll be bringing experts from around the country to Nashville to share the best practices in Vision Zero policies and we'll be inviting Nashville's elected officials, government agency staff and concerned citizens to listen and learn. The Summit will be open to the public and free for Walk Bike Nashville members.