You spoke, we listened! 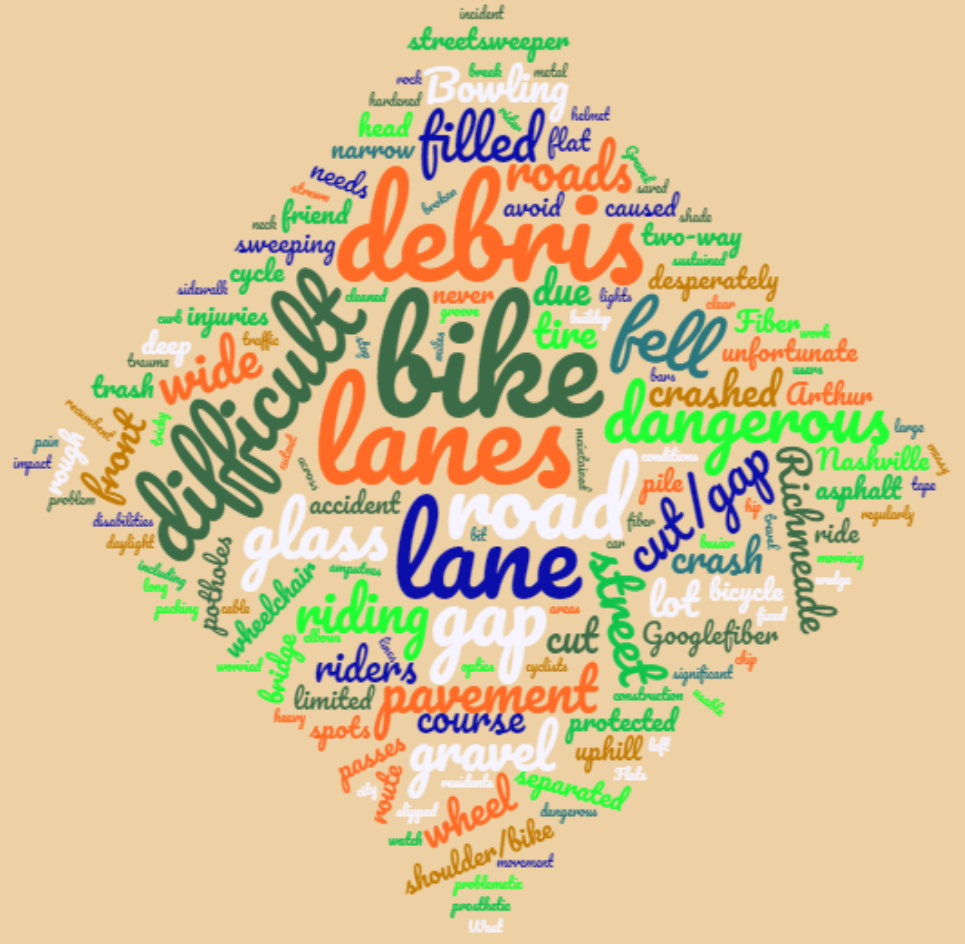 Word Cloud from Your Feedback

Though we had a great 2021 Tour de Nash, the ride also highlighted the poor conditions of some of our roads and bike lanes for bike riders. Not only are they littered with debris, they also pose a serious danger for those on a bicycle. Your feedback matters and we have taken your comments and concerns and presented them to the Mayor's Office and the Public Works Committee. This feedback is especially prevalent as the Metro Council is currently discussing next year's budget!

We have compiled Tour de Nash rider feedback about the road conditions and have presented it to the Mayor’s Office and the Metro Public Works Committee. The Metro Council is in the process of approving an Operating Budget for the next fiscal year, and they are going to implement our first ever Department of Transportation. Funding for this department includes expenses for 42 new staff members within the DOT including a person responsible for bike lane sweeping, as well as funding for a bike lane street sweeper and other traffic calming and safety measures for those walking and biking. Read more about the operating budget and how to show your support for the mayor’s proposal on our blog here.

We have created a video that shows you how to report road issues and hazards via Hub Nashville. It is important that we all continue to report issues to keep the city on top of this. So let’s all pitch in and report issues. You can call 311 or visit hub.nashville.gov.

We wanted to let you know that your feedback is important to us and to the city of Nashville, and we are working to create safer conditions for those walking and biking in our city. The Tour de Nash rider feedback is helpful to showcase the importance of this prioritization of road safety in Nashville!