How Fast Can We Build It? It all depends on Metro's Operating Budget 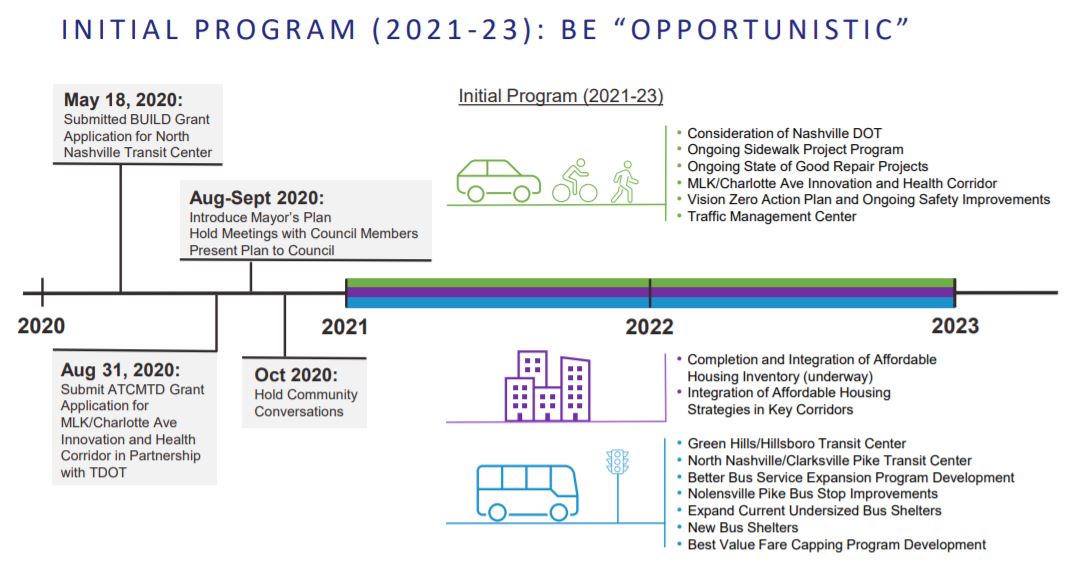 As advocates for better transportation options, we are following Metro's budget process closely. What is included in the budget determines Metro priorities and how fast transportation improvements can happen. The Mayor released the operating budget at the beginning of May. You can find all the details of the proposed budget here.

Metro Nashville plans to spend $2.65 billion — or about 7% more than last year.

Metro Nashville plans to spend $2.65 billion — or about 7% more than last year — in the newly proposed city budget. By every measure our transportation needs are growing so we were pleased that there is a proposed increase in transportation staffing. For over a decade, the lack of adequate transportation staffing at Metro departments has slowed Nashville’s progress and increased the costs of capital projects. Metro Public Works, which is responsible for much of our transportation needs, has fewer staff than it did in 2008, yet its volume of road-maintenance and sidewalk projects has increased dramatically. 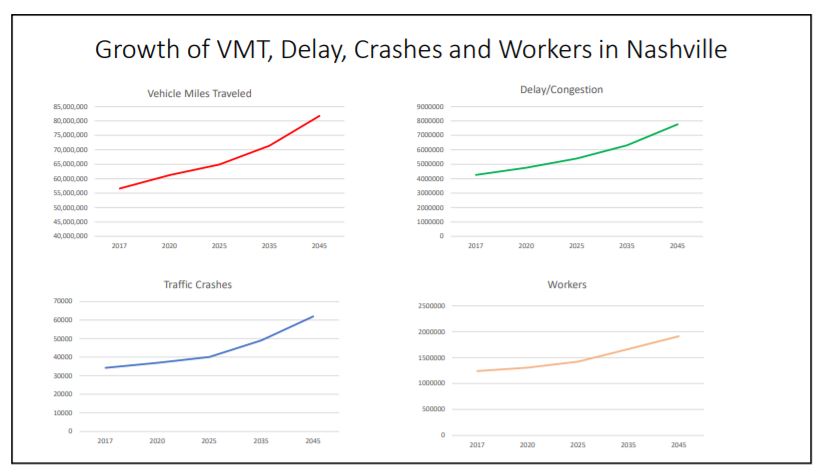 The Mayor committed to Vision Zero in early 2020 but by the end of 2020 another 39 people had been killed while walking--the most ever in Nashville's history. We need to continue to improve safety for all road users with urgency and transparency. 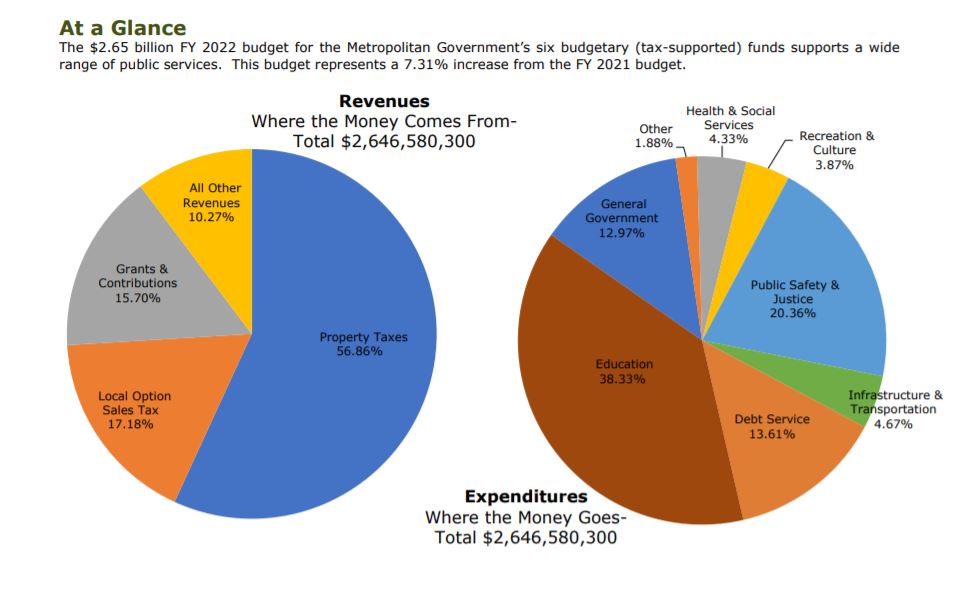 Where can I find what will be built in my neighborhood?

Overall the Mayor’s proposed budget is positive for transportation. Many of Walk Bike Nashville's demands from previous years have been met in this budget proposal, including creating a department of transportation and adding additional staff for sidewalks, traffic calming and bikeways.

There’s $3.5 million in the budget to operationalize a local Department of Transportation (DoT) – including a new traffic management center. Reminder that most of our transportation funding comes from the capital budget and federal and state grants but this budget funds 42 new positions to staff the new DoT and staff a new Traffic Management Center to manage congestion. The Mayor says these new positions will double our capacity for traffic calming, bike lanes, and other capital projects.

This budget proposal also represents a significant move away from private contractors by creating these 42 new Metro government jobs. These new staff positions will initially support, then replace, reliance on outside vendors and private contractors. The Mayor also promised this additional staff capacity will improve construction project delivery times. He promised to reduce sidewalk construction times by 50 percent and reduce costs by 20 percent within 12 months 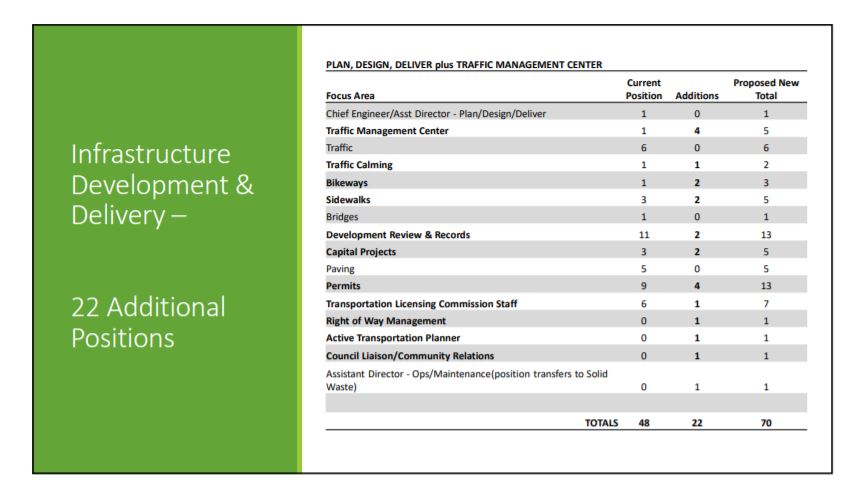 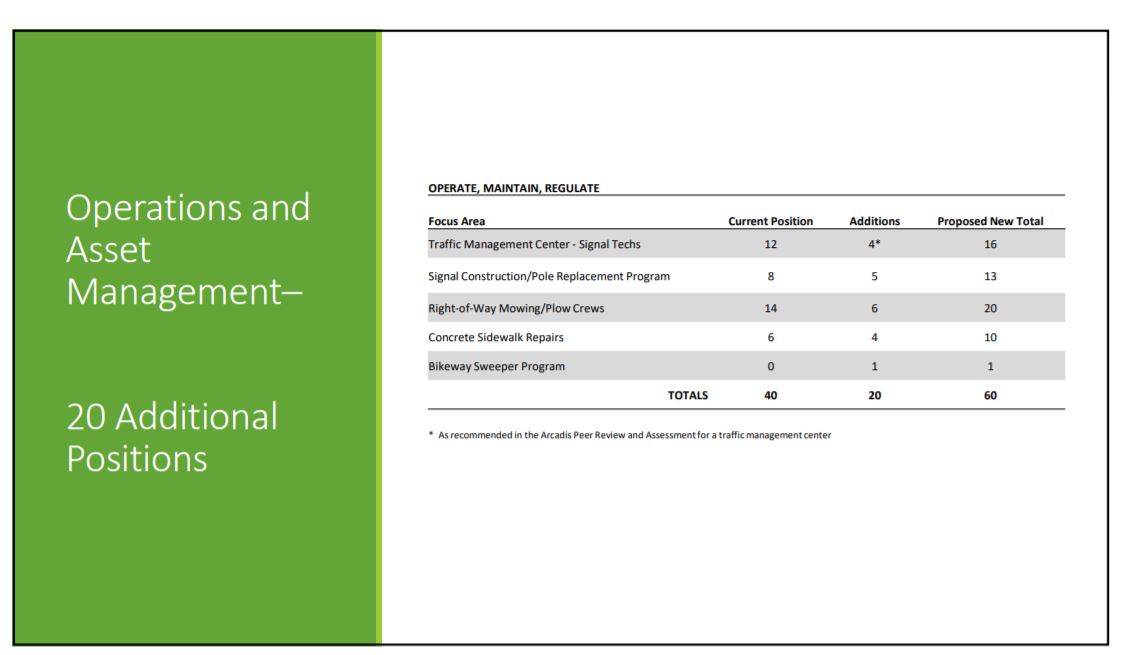 In terms of funding public transit operations, WeGo's funding has been stabilized, and funding that was re-allocated last year, has been restored. But we and our partners in the Connect Mid-TN coalition, aren't satisfied with a stabilized budget. WeGo has a plan to expand service called Better Bus and the initial phase of Better Bus to add more transit service, a request for $3.2 million, is not being funded in the Metro Budget. Metro will likely use one-time Federal aid instead, but that kicks the can down the road, in the hopes that next year's budget will maintain this service improvement.

For the $3.2 million (.1% of the budget), we can expand the hours of transit service, offering service later into the night and earlier in the morning, as well as add new critical connections as outlined in the Better Bus plan. We hope Metro Council will add this additional $3.2 million to the WeGo operating budget.

Metro's Budget Process happens in May and June every year. Make your voice heard!

So what's next? Every spring, the Mayor proposes his operating budget like this one and then it is presented to Metro Council and needs to be voted on by Metro Council. Very rarely does the Metro Council significantly change the proposed budget. Nashville has the third largest council in the United States, which is one of the reasons it is difficult for the Metro Council to make any changes to the budget.

Each department then has a hearing on their budget. Watch the hearing on Metro Public Works budget, which includes the discussion of the budget for the new Department of Transportation here. Then the budget is discussed at a public hearing during a council meeting, which this year will happen on Tues., June 1 at 6:30pm. You can show up in-person to the meeting and make a comment. The meeting will be held at Music City Center, the convention center downtown. You can also email your Council Member and let them know what you think about the budget proposal. Then if the proposed budget advances after that June 1st hearing, the council will vote on it at the next council meeting on June 15th. The council has to vote to approve the budget by June 30th or the Mayor’s proposed budget takes effect.

Now that you understand the process, here is what to do.