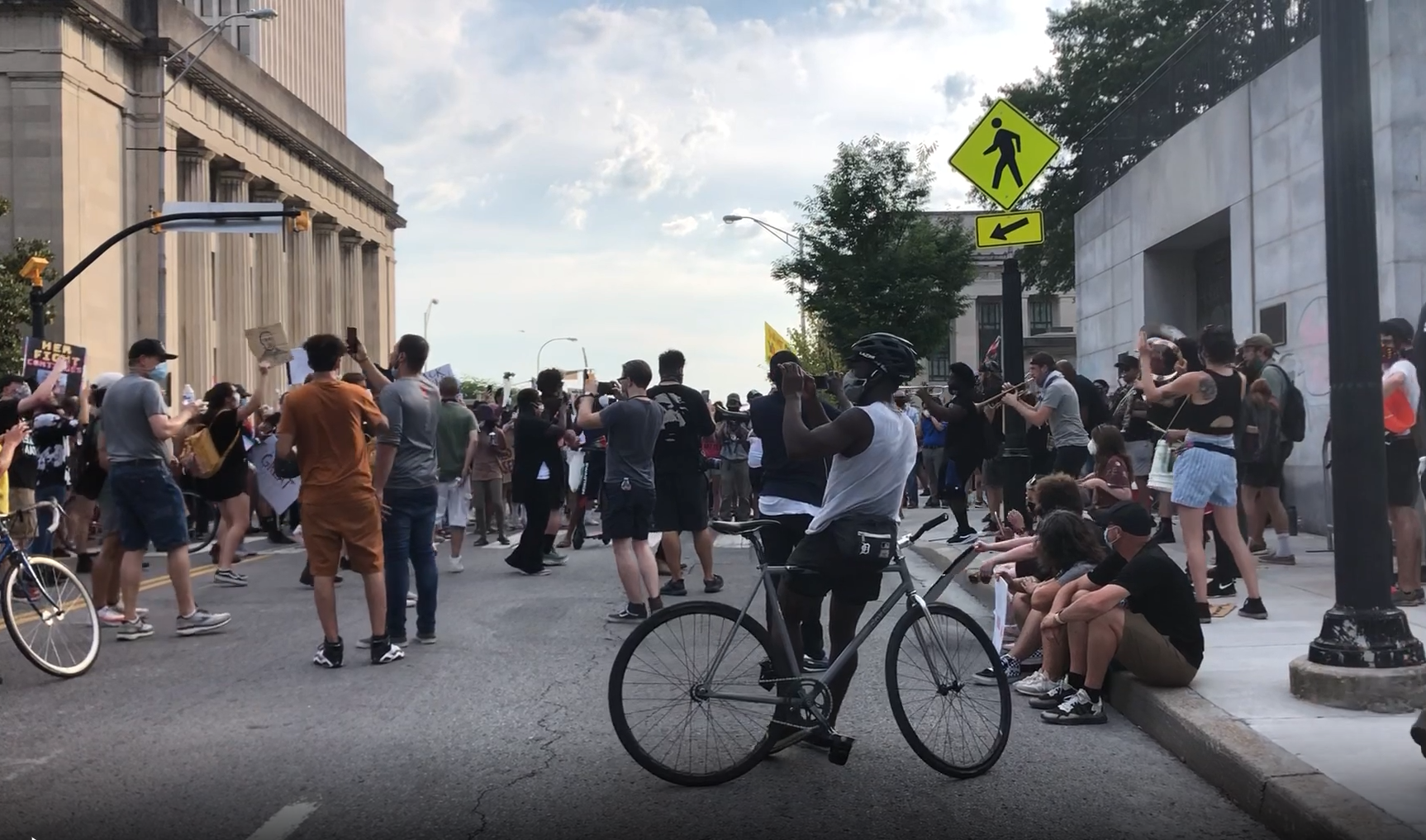 We often think of our public streets and sidewalks as a means of getting from here to there, but they also represent the majority of our community’s public space. Our streets and sidewalks are not just for transportation, but for gathering, for connecting to our community, and for exercising our basic rights to voice opinions and protest injustices.

For that reason, we are deeply troubled by the vague, mean-spirited, and downright dangerous bill, HB 0513, proposed in the TN State Legislature.

This ugly bill does three things:

With its breadth and vagueness, the bill could have serious consequences for all vulnerable users on our streets, especially people walking. We can imagine many different scenarios where this bill could be used to remove someone’s constitutional voting rights for any number of relative minor incidents on our street or sidewalks. While this bill is clearly meant to further criminalize those who protest in our streets and sidewalks, it could also easily be used against someone waiting for a bus in the wrong spot, or having a mental health crisis, or generally seen as being in the way by law enforcement.

As advocates for public spaces, we strongly support the rights of Tennesseans to use those spaces to engage in constitutionally protected speech and to make their voices heard. The importance of exercising our fundamental rights far outweighs the risk of briefly inconveniencing someone in a car.

Additionally, with its immunity provision this bill condones and enables vehicular violence. Given that Nashville and Tennessee are both seeing record levels of pedestrian fatalities, this is deeply troubling. There should be no circumstance where someone operating a multi-ton vehicle who kills or injures someone is automatically immune from prosecution.

Walk Bike Nashville strongly opposes HB0513 and we encourage you to contact your state representative or senator to let them know that you do so as well.

I am writing to share my strong opposition to HB0513/SB0843. This bill is a dangerous anti-protest bill targeting peaceful assembly and condoning vehicular violence. Our streets and sidewalks are public spaces, and we cannot further criminalize or endanger people who gather peacefully to protest or share their opinions. <insert your thoughts about why protest is important.>

What's more this bill sets a dangerous precedent by granting immunity to drivers who kill or injure people who are protesting or otherwise gathering in the street. Last year was the most deadly year on record for Nashvillians, with 39 killed while walking. There should never be automatic immunity for someone who kills a fellow community member with their car. With this bills breadth and vagueness, the bill could have serious consequences for all vulnerable users on our streets, especially people walking. <insert sentence about why it's important to you personally to protect pedestrians.>