Alongside our partners at the Nashville Civic Design Center’s action arm, TURBO, and local artist Andee Rudloff, we celebrated the successful installation of our tactical urbanism traffic calming project at Amqui Elementary School with a ribbon cutting ceremony on Monday, May 20th. 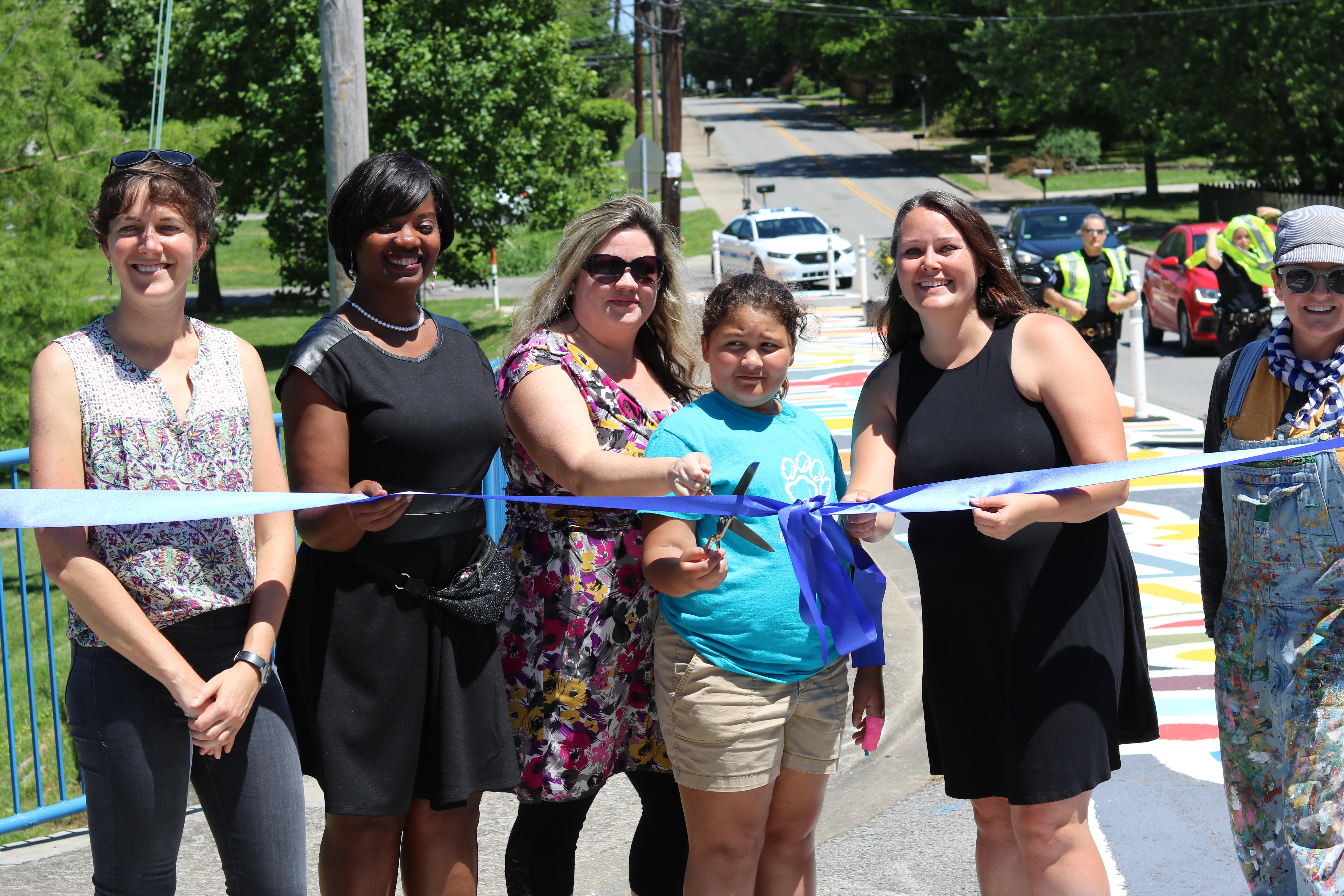 After months of planning, preparation, liaison with government departments - and working around mother nature - we were excited to show off a tactical urbanism project at Amqui Elementary School aimed at making Anderson Lane in Madison safer for pedestrians.

It was an exciting project to work on because the students were involved from the very beginning. After making the winning video, they were asked to design a yard sign aimed at reducing distracted driving and speeding, and the students did not disappoint. Over 200 submissions were received and given to the PTO President and art teacher, Dana McDowell. With the help of other teachers, she narrowed down favorites and choose one finalist from each grade level. We then hosted a public voting period which 3rd grade student, Serenity Hyde, won by a landslide!

Serenity’s design was professionally formatted and printed on 100 yard signs that were given away for free to the community at the ribbon cutting ceremony, all with the goal of encouraging neighbors to stop texting while driving. 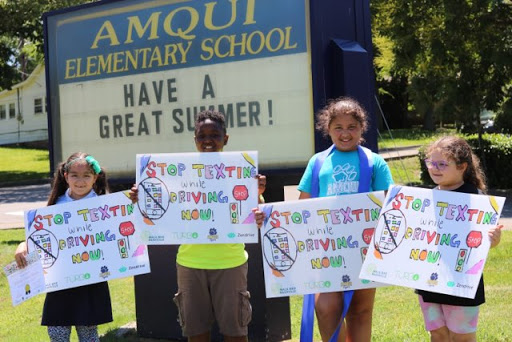 The project’s focus - to reduce speeding and distracted driving near the school - were identified as major problems by the data and analytics company, Zendrive, who awarded Walk Bike Nashville the funds to improve on-street conditions near the school.

In addition to the student involvement, we knew that for this project to work in the community, we needed to get the community involved in the process. We hosted two design charrettes in early March 2019 to get feedback from the community about what tools they thought would work best. During this process they identified a lack of crosswalks near the school, in addition to an overly wide travel lane in front of the school, as hazards. After gathering all of the feedback, our partners at TURBO got to work designing a proposal (requiring public works approval) to “reclaim public space” with a mural. 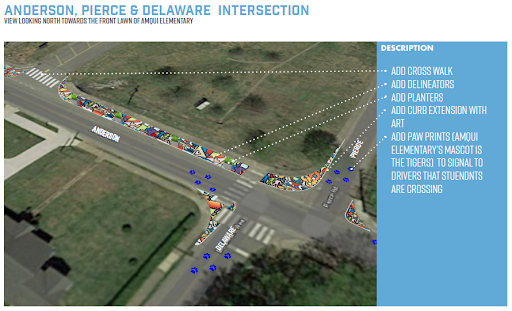 After getting approval from Public Works, artist Andee Rudloff took the designs submitted for the yard sign challenge and used them for her inspiration to design the final mural. Over 3 days, we took ownership of the extra space in the street, and with help from the students painted a beautiful mural in front of the school. 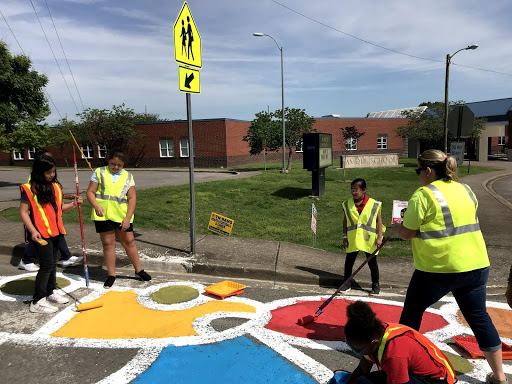 On Monday, May 20th, 2019 at our ribbon cutting ceremony, we recognized everyone who made a contribution to the project: students who were in the final running for the yard sign challenge; those who made artistic contributions to the mural; and those who participated in our grant-winning video. All received a certificate recognizing their contribution to the project and their commitment to safety in the community. We also recognized Principal Latoya Cobb, Dean of Instruction Cheris Johnson, PE Teacher Addison Groves and PTO President/Art Teacher Dana McDowell for their contributions. 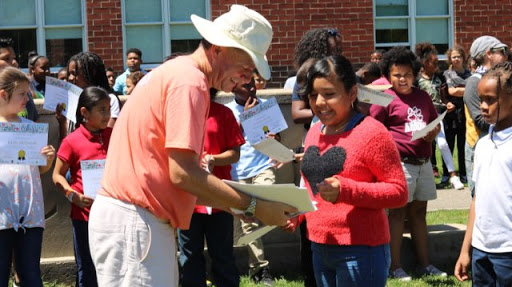 We also thanked community members who came to participate in the charrettes as well as our grantor Zendrive, partners at the Nashville Civic Design Center, artist Andee Rudloff, and our film and photography team: Wendy Whittemore and Stephen Schween from Aerial Innovations who donated drone footage for our video; Roxanne Morgan for filming and editing the video; and Taylan Tekeli of the Nashville Civic Design Center for photo, video and drone footage of the project.

We hope that the message of road safety sticks with the students and that this project has helped to start a cultural shift in Nashville where we no longer accept distracted driving behavior. Take a look at our work in this video below.