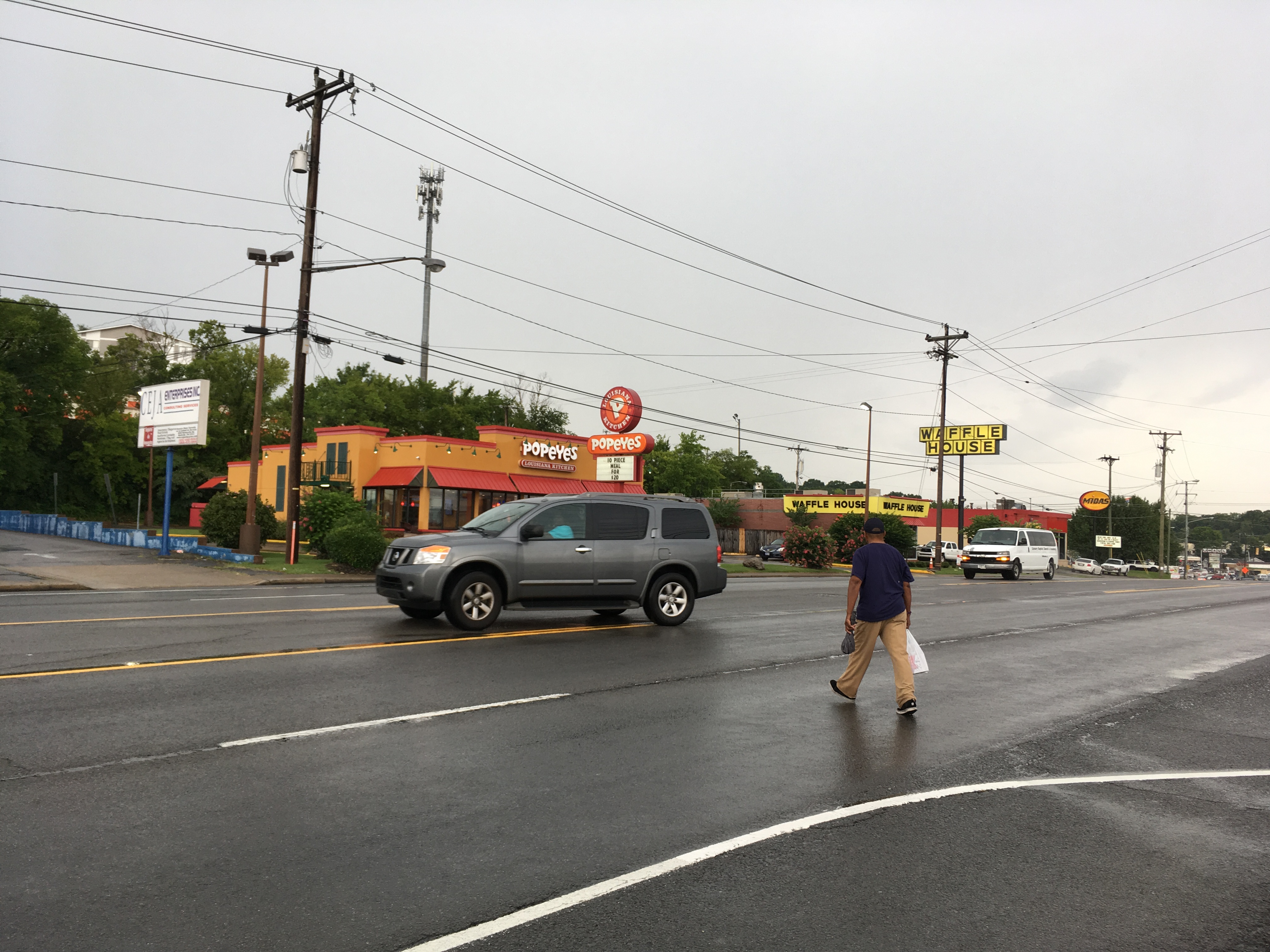 Walk Bike Nashville sends its deepest condolences to the friends and family of Kris Hansen, who died Friday night crossing the road on Nolensville Pike near Welshwood Drive. This tragedy represents the 7th pedestrian fatality since 2010 at this location, which has been identified as the most dangerous for people walking in Nashville.

As one of the most heavily used bus stops in the city, the Walmart Stop on MTA Route 52 serves over 700 people getting on or off the bus every day. In 2014, a Public Works Safety Study identified this area as one of the highest pedestrian crash locations in the city between 2010 and 2014. Three years and three pedestrian deaths later, this location remains exactly the same. The lack of response to a street known to be deadly is unacceptable.

On July 15, Walk Bike Nashville, with community partners Conexión Américas and the Salahadeen Center, kicked off a campaign to improve pedestrian conditions on Nolensville Pike from Paragon Mills to Harding Place with a Community Walk Audit. In addition to the lack of safe crossing at Welshwood Drive, the community identified barriers within sidewalks, gaps in sidewalks, inaccessible push buttons, and obstructed stop signs, amongst other obstacles to pedestrians.

Nora Kern, Executive Director of Walk Bike Nashville, says, “It’s devastating to see another person killed walking at a location that Nashville and TDOT have know for years is unsafe. We consider the current status quo unacceptable and request immediate action to be taken to ensure no more community members are lost.”