There’s no moss on these new bike racks at JE Moss Elementary School!

A high school volunteer, Douglas “DJ” Weinstein, was looking to improve local bike parking in Nashville. After some conversations with Ms. Nora Kern and Ms. Ashleigh Wilson, JE Moss Elementary School was recommended for these renovations. JE Moss was chosen to be a recipient because they are one of the 5 focus schools for Walk Bike Nashville’s Safe Routes to Schools program for the 2021-2022 school year.

Over the summer, DJ Weinstein met with Executive Principal Mr. Carl Febles and Community Achieves member Ms. Jennifer Hurst to discuss the new bike racks. There, they decided on the best location, amount, and color for the racks, the plans for the old racks, and the timeline for the project.

If JE Moss already had racks, why get new ones? The racks that JE Moss had are common throughout the United States, but are actually not the most effective. 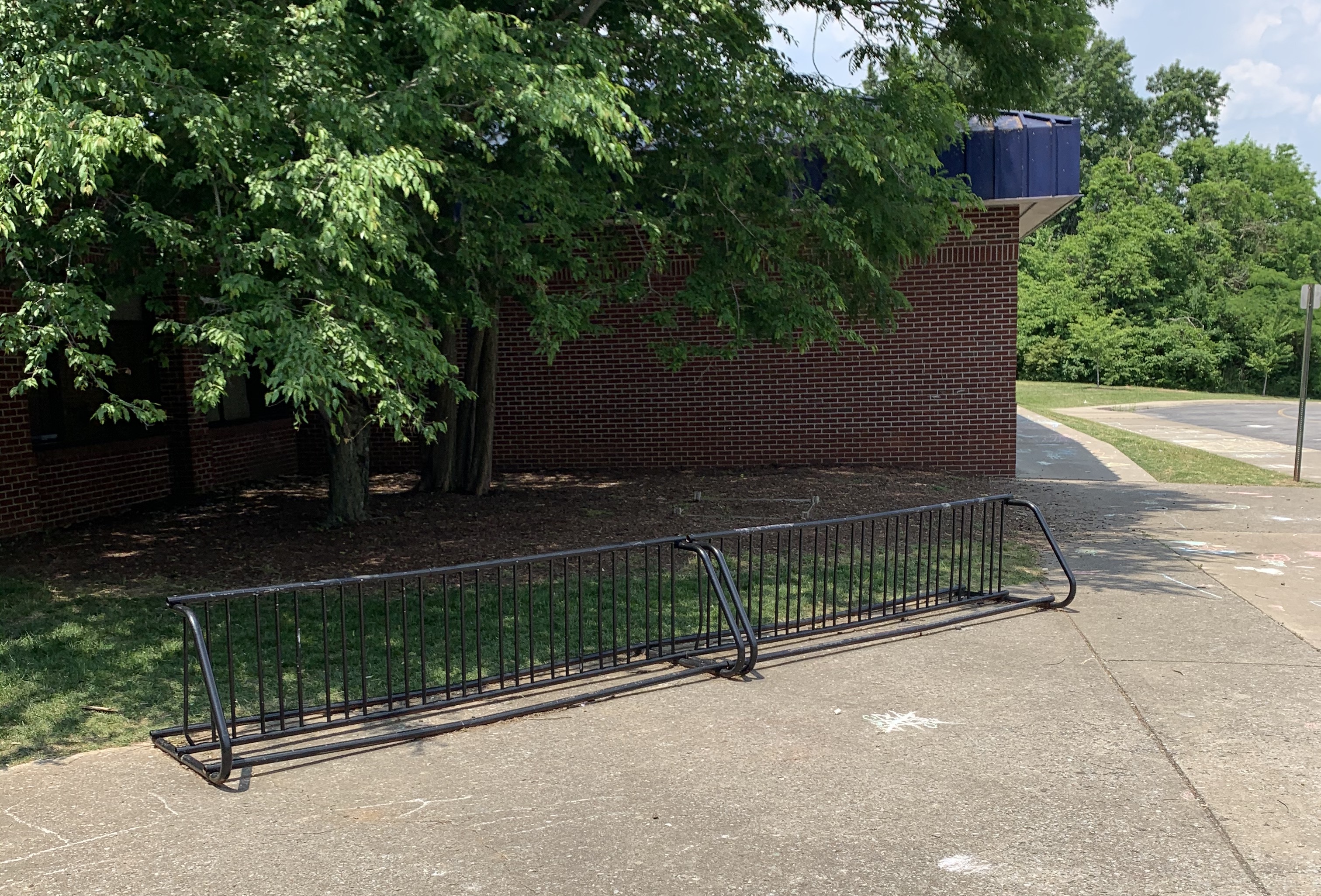 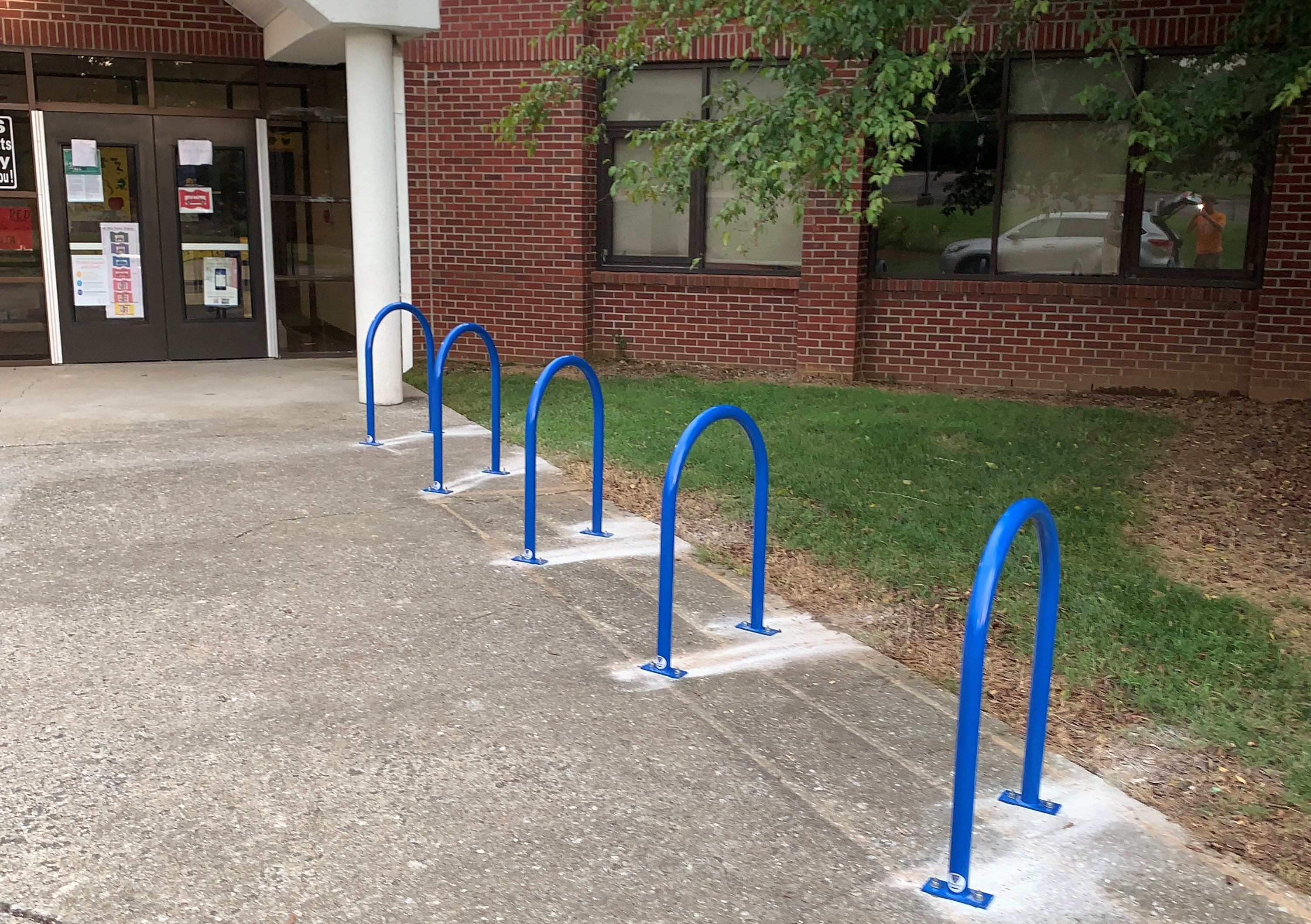 DJ ordered 5 blue U-shaped racks from DERO, a bike parking company for which Walk Bike Nashville is an Advocate Dealer.

On the day of installation, DJ and Mr. Robert Johnson, with the help of Walk Bike Nashville’s Big Red Drill, removed the old industrial rack, chiseled off the old anchor bolts in the ground, chose the best formation of the racks, drilled holes, and surface mounted the 5 new U-shaped bike racks in front of the school! After a durability test, the bike racks won! They were securely fastened to the ground. 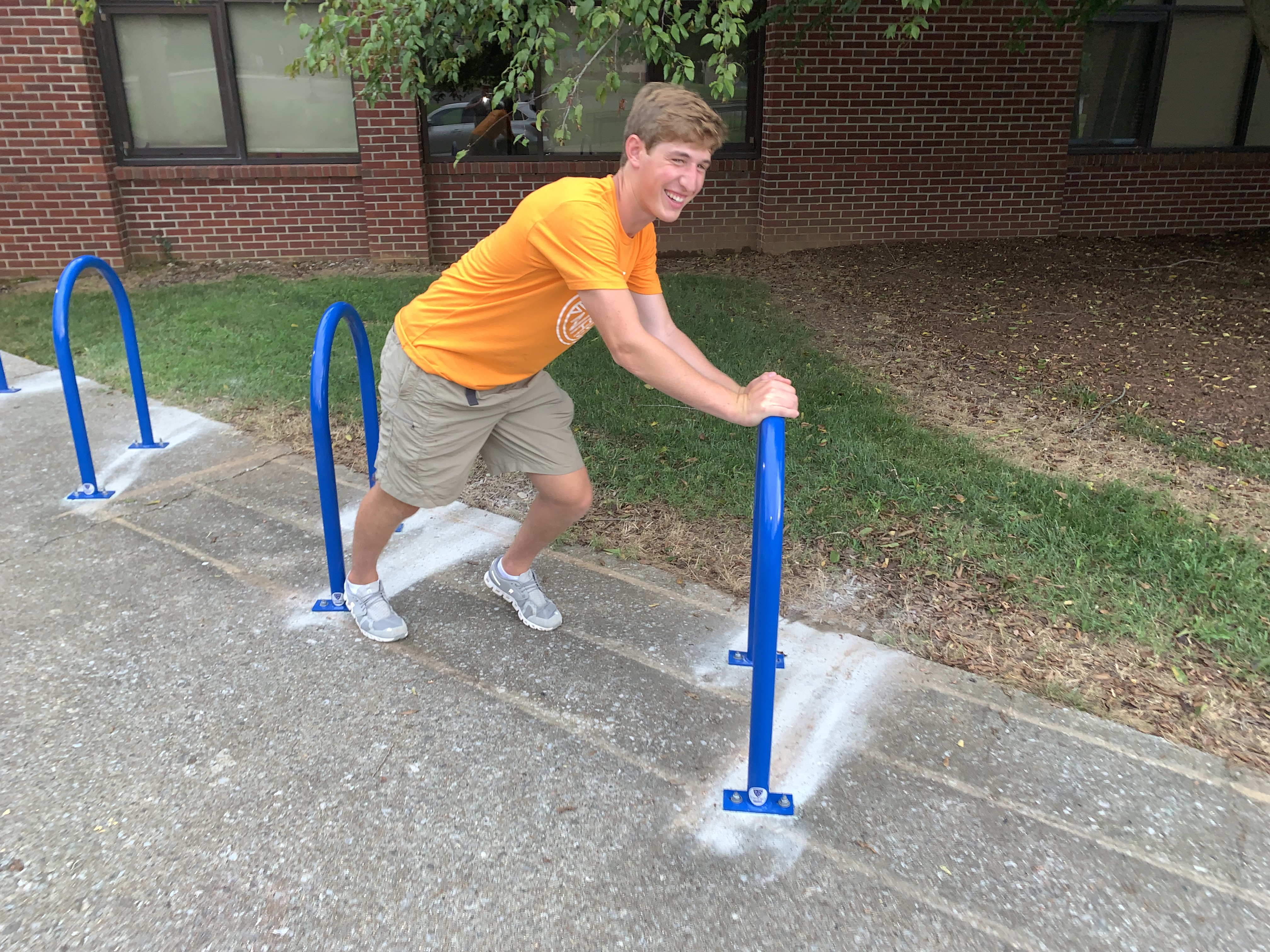 Walk Bike wants to thank JE Moss Elementary School for allowing us to install these new racks and DERO, for supplying the materials for this project.

We hope these new racks will inspire students to safely ride their bikes to school! We look forward to working with JE Moss and our other focus schools for the rest of the school year. Make sure you’re signed up for our newsletters to stay updated or contact us to volunteer!

Funds for the bike racks were provided by the TN Department of Transportation through a Congestion Mitigation and Air Quality Grant.