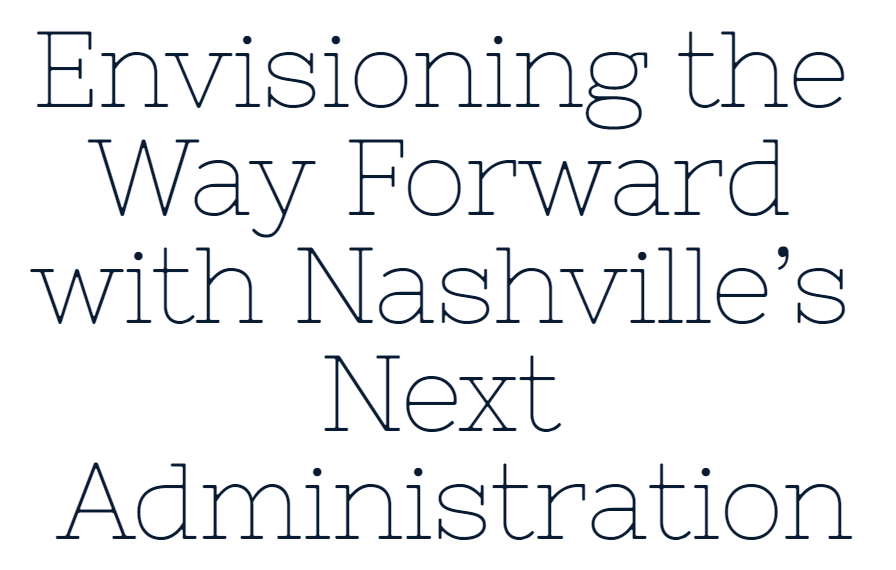 “We suspected there would be some interest given the increasing consensus about the inadequacy of Nashville's transportation system to meet the needs of a growing region and were thrilled with how candidates responded to the Platform,” said Eric Hoke of the Nashville Civic Design Center. “We are now calling on this new crop of elected leaders to move ahead with the principles, priorities, and actions outlined in the Platform, many of which are rooted in existing Metro Nashville plans. There is clearly more alignment than anyone had realized on what needs to be done to improve Nashville’s transportation options.”

“Fully half of the incoming Metro Council and Mayor-Elect Cooper endorsed the Nashville Community Transportation Platform and its principles of safety, equity, resiliency, and quality,” said Angelique Johnson of Music City Riders United (MCRU). “With such broad agreement on these principles and our six priorities, Nashville’s elected leaders have a mandate to make this coming term the most productive yet in making Davidson County’s streets safer and more inclusive spaces for all.”

We hopeful about the change this next political season will bring.

The Nashville Community Transportation Platform was developed through a round of meetings open to all of Middle Tennessee’s nonprofit community. The Platform proposes four guiding principles as the foundation for Metro Nashville’s transportation policy, and six Metro-wide priorities broken down into ambitious, specific, and achievable actions. We believe that a Metro government that pursues these actions will deliver the equitable, safe, resilient, and high-quality transportation system that all Nashvillians deserve. Read the full Platform: https://www.nashvilletransportation.org/

The Platform creators include: