There’s a terrifying overlap between bus stop locations and pedestrian injuries and deaths—Some of our busiest bus stops are also at top pedestrian crash locations.

This means thousands of Nashville bus riders are facing dangerous conditions each and every day.

We're asking the city to commit to a dedicated funding stream to address pedestrian safety. It's time to eliminate traffic fatalities and achieve Vision Zero.

We looked at the 25 busiest bus stops and the busiest bus corridors, and compared them to the Impossible Crossing (see list here) locations. The connection between transit and pedestrian crashes is clear, something that is probably completely unsurprising to anyone who's ever ridden a bus in Nashville. 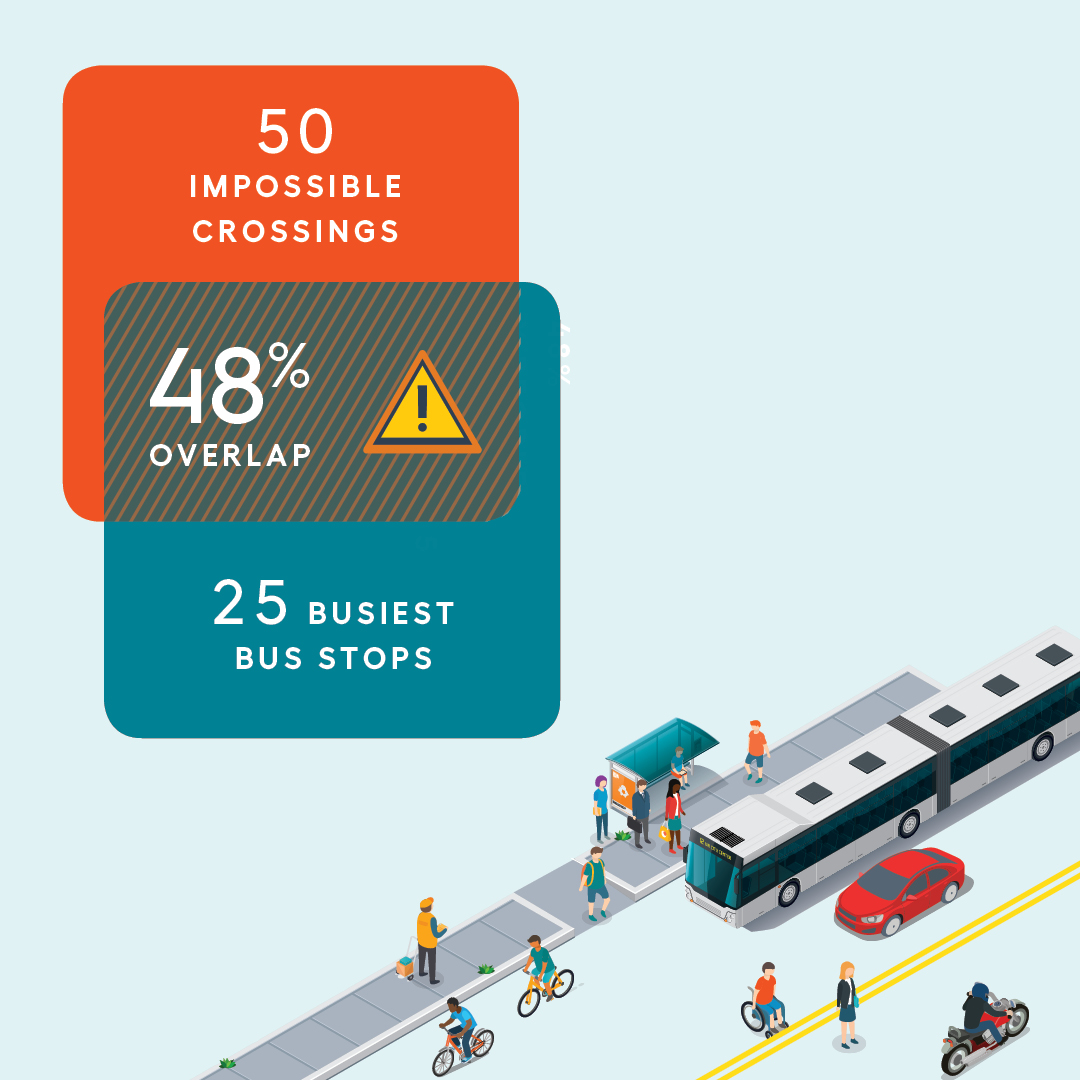 By the Numbers: Impossible Crossings that are also Nashville’s Busiest Bus Stops 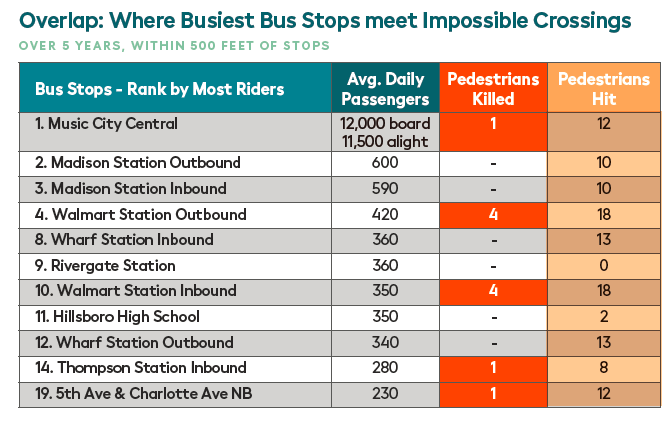 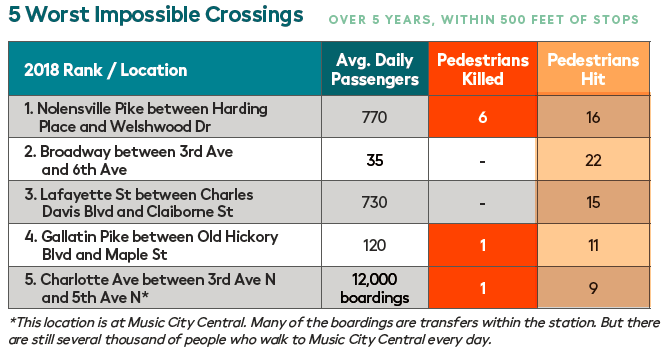 Where are the top 25 busiest bus stops?

And how does that correspond to pedestrian crash zones? Increased foot traffic in these already statistically dangerous spots compounds the danger for Nashville's citizens.