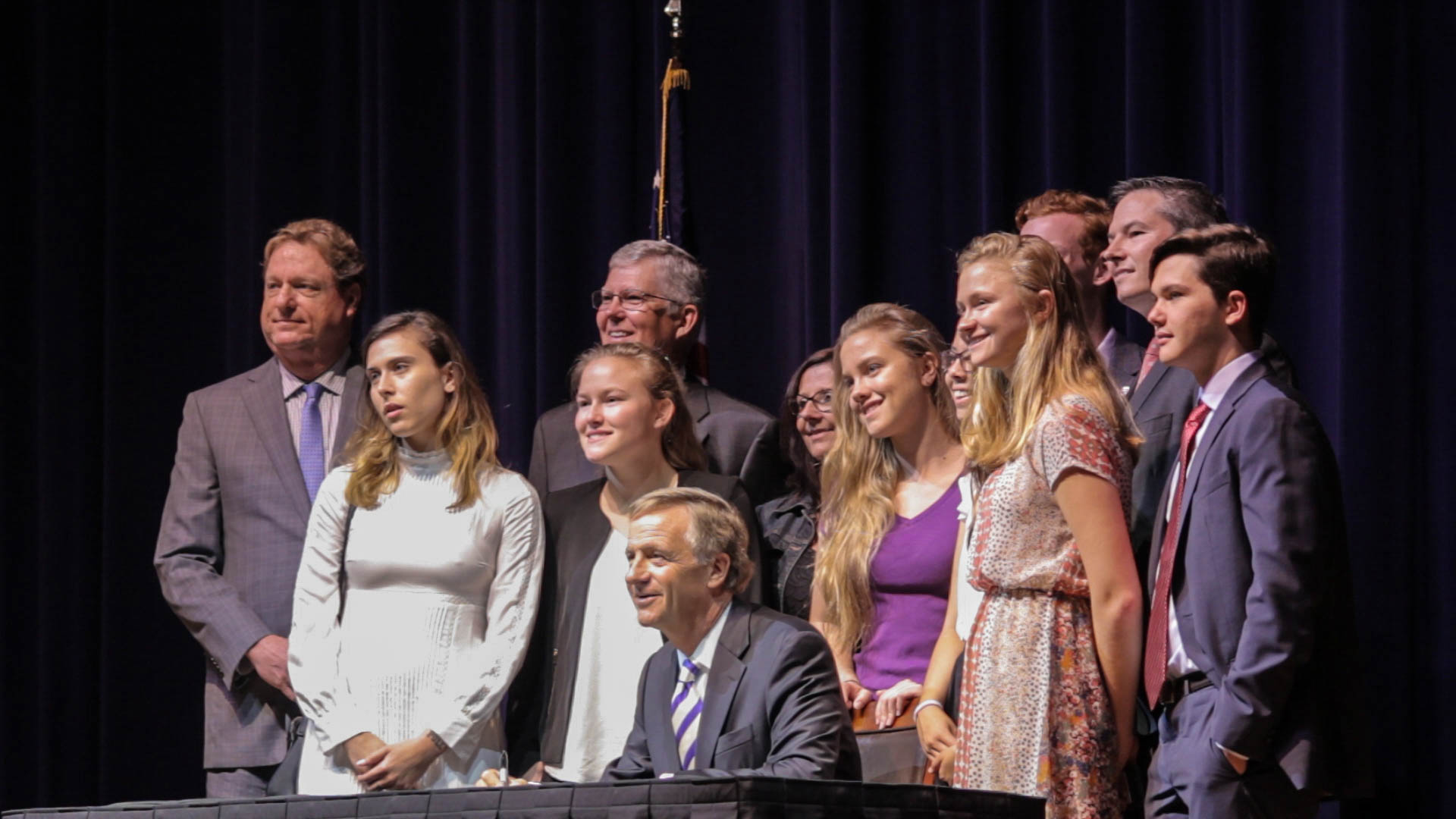 Governor Bill Haslam signed the “Elena Zamora Memorial Act” into law Thursday as Public Chapter 834. The bill memorializes Elena Zamora, a 17 year old Hume Fogg High School student, who was killed December 19, 2013 in downtown Nashville when she was hit by a truck driver while she was in a crosswalk. The truck driver received a $500 fine which was the maximum penalty under the current law.

Representative Bill Beck and Senator Jeff Yarbro sponsored and passed legislation to increase the penalty for future violations. This bill modifies the penalty for failure to yield the right of way resulting in death to a Class A misdemeanor which is a $2,500 fine and/or 11 months 29 days in jail.

Carey Rogers, Vice-President of Walk Bike Nashville, a group that strongly supported the legislation, stated “This is a small step in recognizing that pedestrians and bicycle riders are also legitimate road users and deserve the same rights and protections as automobile drivers.”

“Stop! Take Notice and the Zamora family thank Rep. Beck and Sen. Yarbro for helping us remind the world of the loss of our dear friend, daughter, sister. Taking notice of pedestrians, cyclists, and other drivers is the responsibility of every citizen, and we hope this new penalty will emphasize the importance of sharing the roadway with all. “

Representative Bill Beck noted, “Senator Yarbro and I were proud to sponsor this legislation to strengthen our laws against negligent driving and to remember the loss of a precious family member and friend, Elena Zamora.”