2017 Most Deadly Year for Pedestrians Ever

Crash data recently compiled by Walk Bike Nashville confirms that 2017 was the most deadly year on record for people walking in Nashville, with 23 people killed. This marks a significant increase from the previous high in 2015, when Nashville lost 18 pedestrians. A total of 75 people were killed in all traffic crashes in Davidson County, which means over 30% of all people killed were walking. 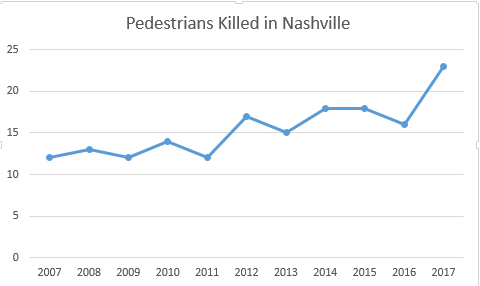 “We’ve seen some major strides forward in the past several years to improve pedestrian safety,” says Nora Kern, Walk Bike Nashville Executive Director, “but the troubling rise in pedestrian fatalities this year shows how much work we still have to do. This is an urgent public safety crisis. As a city we need to be bold, we can’t settle for incremental change. It’s time to completely rethink the design of these major pikes – they are killing people, and that’s unacceptable.”

As in previous years a majority of those killed were attempting to cross large, multi-lane roads. High ridership transit corridors also continue to be over-represented with Old Hickory Boulevard, Gallatin, Nolensville and Murfreesboro topping the list of the most deadly streets for those walking. 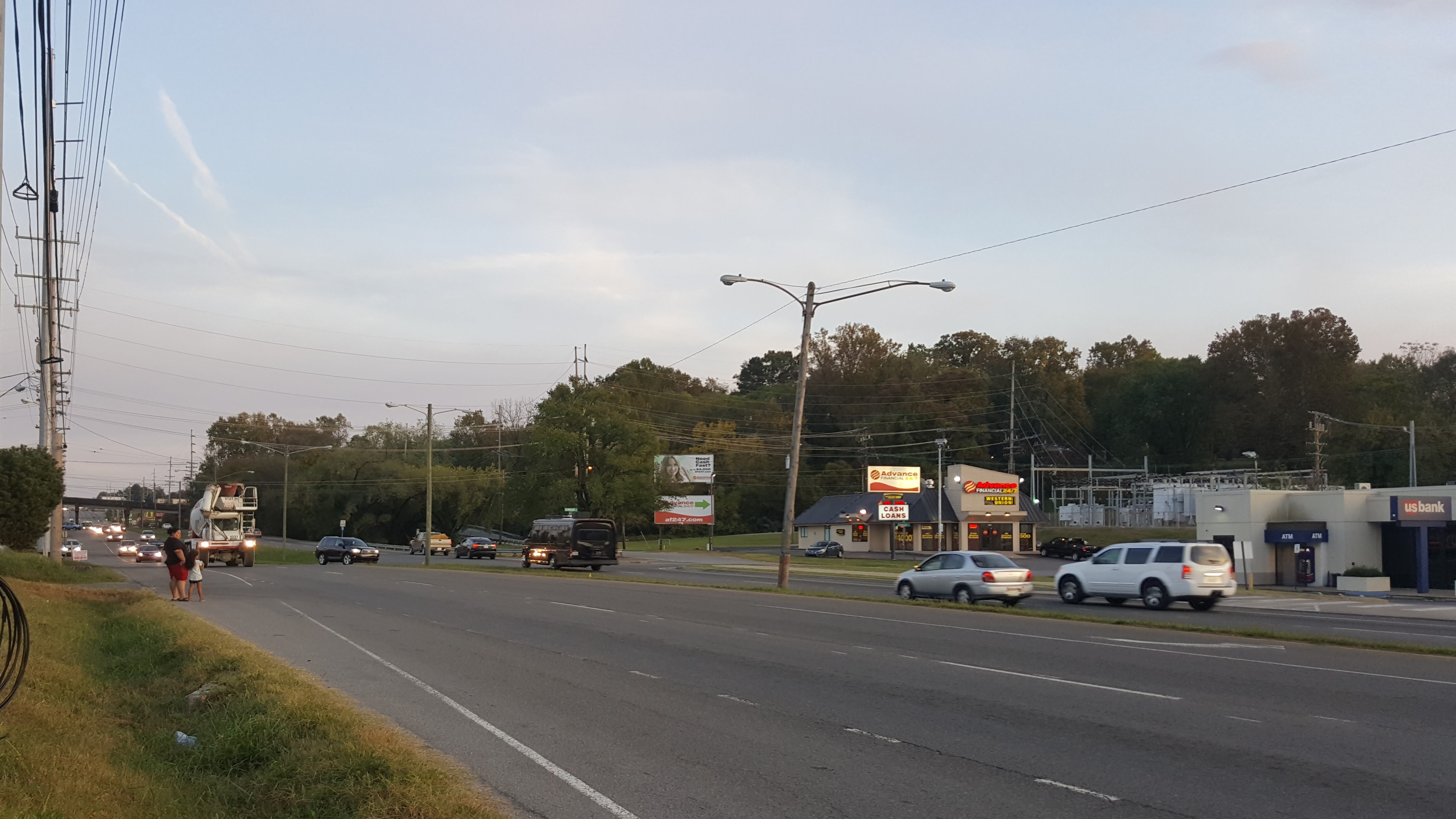 Walk Bike Nashville is supporting the Mayor’s Transportation Plan because it presents a once in a lifetime opportunity to improve safety on the most dangerous streets in Nashville and will provide much needed funding for sidewalks, crosswalks and other safety improvements. Many of Nashville’s most used transit streets currently have no sidewalks and very few safe crossings, leaving people standing in ditches and gambling their lives to cross the street.

“We hope the importance of these safety improvements for those walking and biking are not lost in the debate over the Mayor’s Transportation Plan.” Says Nora Kern, “This plan isn’t just about flashy light rail and tunnels, it’s about funding basic infrastructure for those who are attempting to navigate our city without a car. Sidewalks and crosswalks are essential elements for creating a competitive transit system, even the best light rail won’t work if people can’t walk to it. They are also benefits shared by all Nashvillians--even those who might not ride the bus still care about being able to walk in our city without risking their lives.” 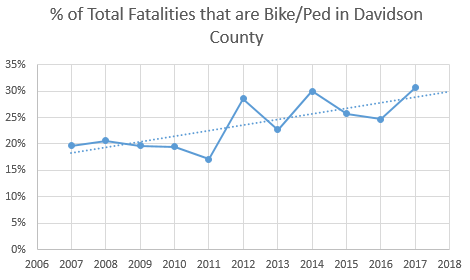