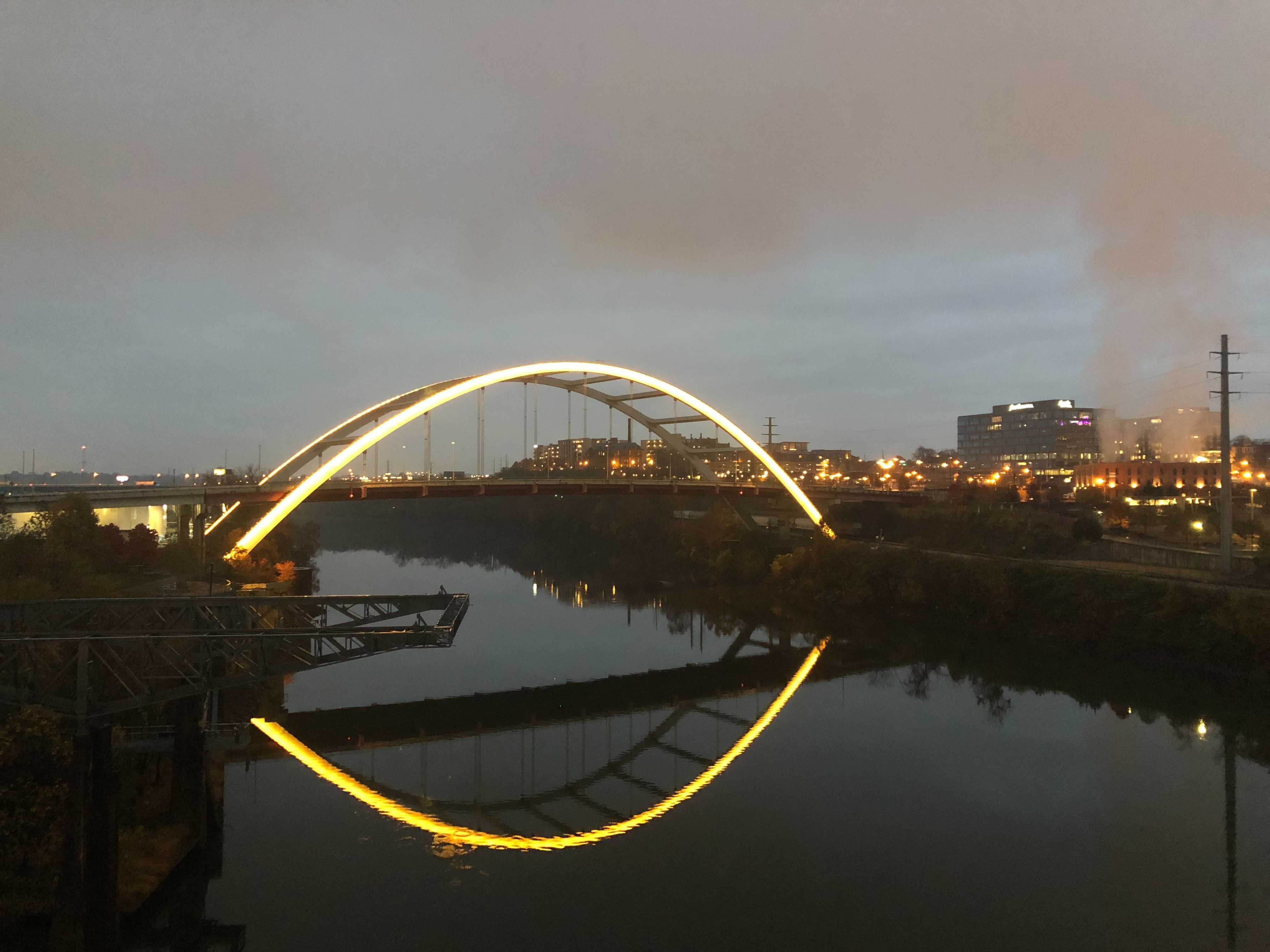 Families of traffic crash victims and street safety advocates gathered on the John Seigenthaler Pedestrian Bridge on Sunday to commemorate World Day of Remembrance for Road Traffic Victims. Families for Safe Streets Nashville and Walk Bike Nashville remembered and honored those we lost in preventable traffic crashes. The Korean War Veterans Memorial Bridge was lit yellow in memory of the victims of traffic violence.

Traffic violence is a preventable public health crisis. On World Day of Remembrance, communities across the country and around the world organized events to demand change that will save lives and prevent injuries. In Nashville, the gathered groups called on Mayor Cooper to lower speed limits and fix the seven streets that cause the majority of pedestrian deaths in Nashville. Last year, seven roads accounted for more than 50% of all pedestrian deaths. Infrastructure upgrades like changes to signal timing, adding pedestrian islands, upgrading crosswalks, adding lighting, have all been proven to dramatically reduce crashes.

Mayor Cooper has set a goal of zero traffic deaths, a Vision Zero goal, yet 32 people have already been killed this year while walking. Our condolences go out to the families of the 32 people who have died in driver/pedestrian collisions.

In the nearly released Capital Spending Plan, the Nashville Zoo is receiving $15 million dollars for parking lot improvements, yet there are incomplete sidewalks near the zoo. The unprotected bike lanes are the de facto walking paths for Nashville residents near the zoo. Preventable pedestrian deaths will continue to rise especially along our most dangerous arterials, Dickerson Pike, Gallatin Pike, Murfreesboro Pike, Nolensville Pike and the others, unless Mayor Cooper makes investments in the pedestrian infrastructure that is needed.

While the Nashville government continues with its long term planning processes, vision zero and WalknBike studies, we will continue to sound the alarm for the need for improvements that will save lives and prevent injuries now.

We’ll be continuing this fight for immediate improvements to road design in the coming months, so stay tuned for ways to get involved in advocating for this critical infrastructure.