Walk Bike Nashville staff and volunteers spent three days at the Nolensville Pike and Welshwood Drive interesection counting the behavior of pedestrians and recording the results. We held four, two-hour shifts each day to track pedestrians that crossed Nolensville Pike, measuring three criteria: did the pedestrian use the installed crosswalk, did they utilize the button to signal to cars they are crossing and were they a transit rider. 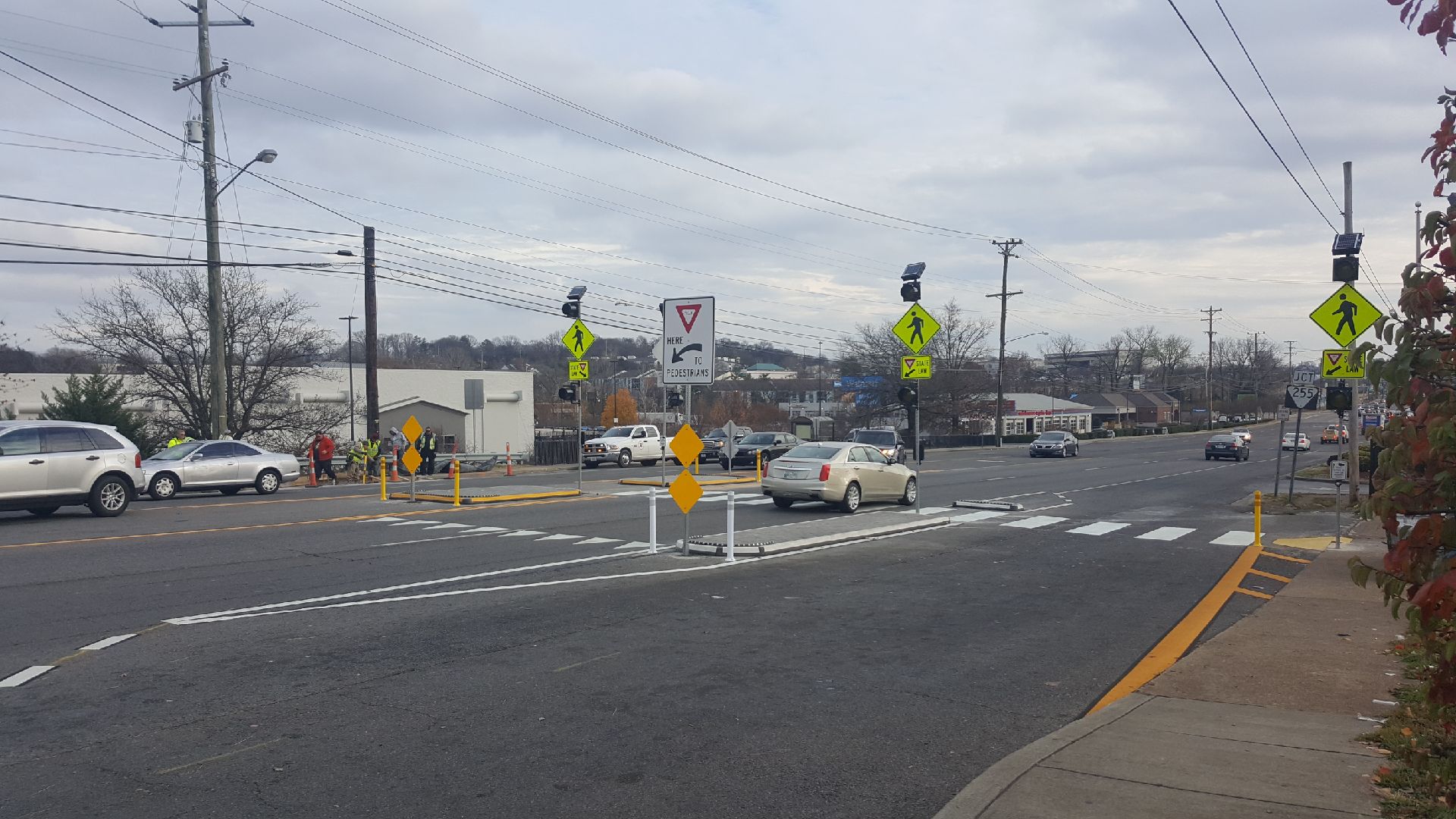 During the time shifts over three days, we recorded 643 pedestrians in total that crossed Nolensville Pike. Other results include:

We worked with TDOT to initiate this data count. We can see through the data that the majority of pedestrians used the infrastructure provided for them at this intersection. We know that installing quality pedestrian infrastructure creates a more safe street for all road users, and we can see that a large majority of users in this study crossed Nolensville Pike at the Welshwood Drive crosswalk. Also, we see that over half of the pedestrians crossing Nolensville Pike were transit riders. This shows a link between pedestrians and transit riders, particularly on our pikes.

We would like to see more crosswalks like this one installed at our other high pedestrian crash intersections. This crosswalk design, with raised curbs, bollards, lighting to signal pedestrian crossing and a median refuge island is relatively inexpensive for the city/state to install. Our Impossible Crossings Report highlights the most dangerous intersections in Nashville, many of which could be made more safe with a quality crosswalk. If you would like to know more about our Impossible Crossing Campaign or sign our petition, you may do so here.

We plan to revisit the intersection to also analyze car driver behavior. We want to measure car speeds through this intersection to determine if drivers slow down while passing through. We will also be observing if cars follow the law to yield to pedestrians that are within the crosswalk.

We want to thank TDOT for their partnership in this study, and we also want to thank our volunteers who helped us collect the data!

Other notes about the data count: