Installation Begins on Enhanced Crosswalk at Nashville's Most Deadly Crossing

December 7, 2017 – TDOT has installed a crosswalk this week at the most deadly location for pedestrians in Nashville: the intersection of Welshwood Drive and Nolensville Pike. The crossing connects two of the most used bus stops in the city, as well as numerous local businesses and residential areas. 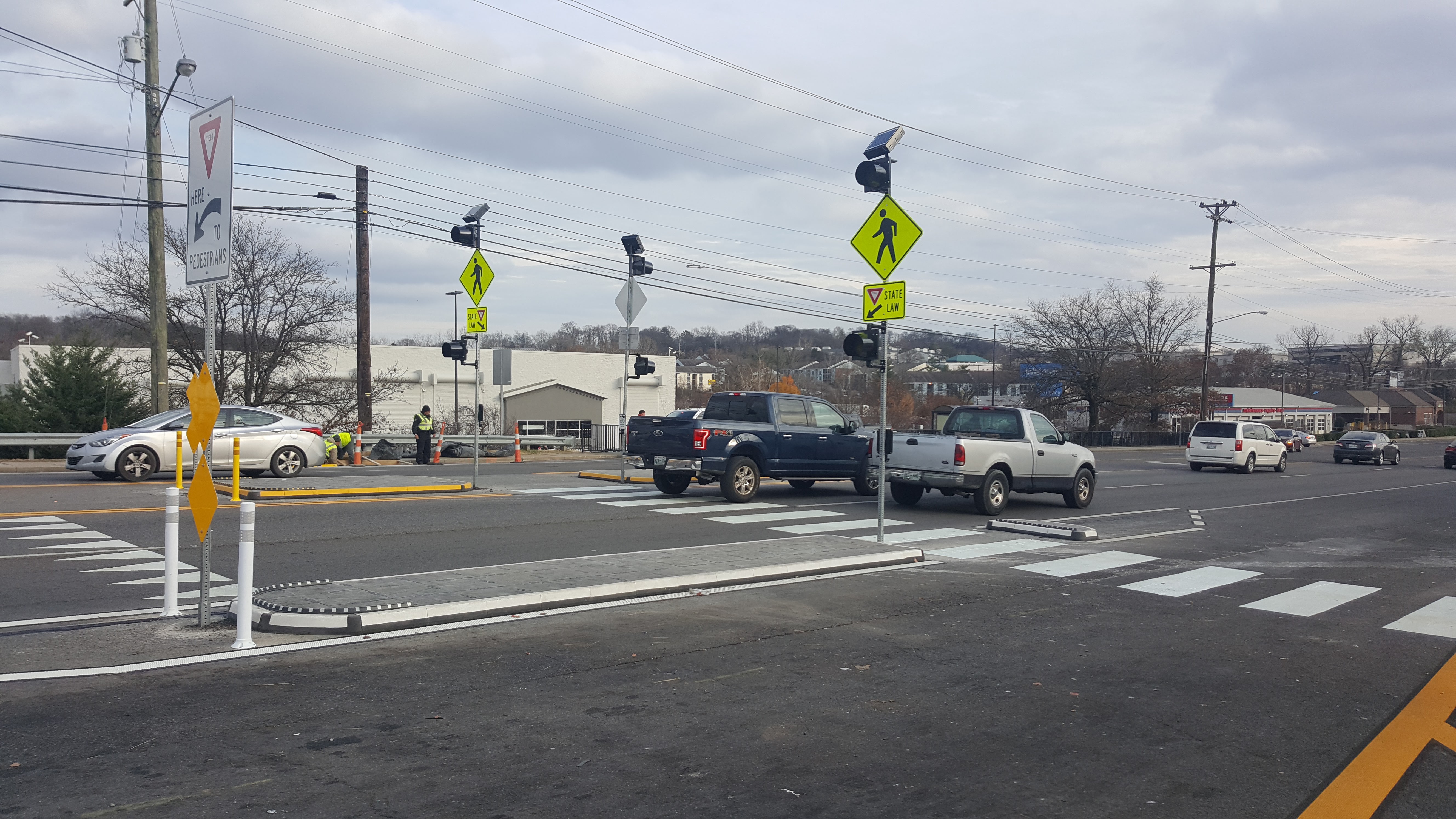 This intersection was identified by Walk Bike Nashville as the most dangerous for people walking in the city after analysis showed that 7 people had been killed walking there since 2010. In the summer of 2017, Walk Bike Nashville partnered with community members, Conexión Américas and the Salahadeen Center to host a Community Walk Audit to assess the challenges for people walking along this section of Nolensville Pike. The walk audit highlighted the harrowing conditions near this busy intersection for both pedestrians and drivers alike.

“Trying to cross Nolensville at this bus-stop was terrifying,” says Nora Kern, executive director of Walk Bike Nashville. “There was a clear need for immediate action to ensure no more lives were lost. We are very grateful for the advocacy of community members, our partner organizations, Representative Jason Powell and Council Member Jeremy Elrod who helped ensure that something was done to address this dire community need.”

This week, TDOT started installing a crosswalk at this location with raised pedestrian medians, push-button activated beacons, new signage, striping and delineators. According to TDOT, this is a temporary project that will be in place until a permanent traffic signal and crossing are installed. Both TDOT and Metro Public Works contributed to the supplies and project cost. Walk Bike Nashville applauds TDOT and Metro Nashville for the quick adoption of crosswalk improvements and looks forward to applying quick fixes like this on state arterial roads across Nashville.

2017 is the most deadly year on record for pedestrians in Nashville with 20 people killed. The majority of the fatalities are on major state arterial roads such as Nolensville, Murfreesboro, Gallatin, and Bell Road. Walk Bike Nashville recently conducted a study of pedestrian fatalities from 2012-2016 and discovered that 83% occur on state roads, which have higher speeds, multiple lanes, few safe crosswalks and high numbers of transit riders.