More than a year ago we shared the story of SueAnn Shiah, a recent Music Business graduate from Belmont University’s Curb College of Music Business, who was starting a kickstarter to raise funds to film a documentary about a bike ride across Taiwan. We were so happy to hear recently that the film is now complete and will premier this October 19 (get your tickets here!). Below is a reposting of SueAnn's original guest post on our blog.

SueAnn Shiah, a recent Music Business graduate from Belmont University’s Curb College of Music Business, grew up in the suburbs of Detroit. It was there that she learned to ride a two wheeler at the age of five. 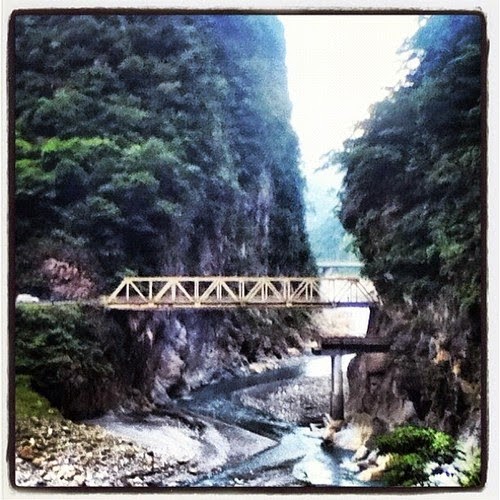 “I didn’t have a car until my last year of high school, so I used to bike eight miles round trip to go to summer swim practices. That was how I started to bike not just for fun, but as a mode of transportation.”

SueAnn has launched a Kickstarter campaign for a feature length documentary called HuanDao. The film will follow her and a companion on a cross-country bicycle adventure through the island of Taiwan. They will ride nearly 700 miles in two weeks.

“I love the way I feel when I bike—because somehow you escape everything around you, but you’re also more intimately connected with what’s surrounding you than ever—the ground, the wind, the trees, and the sky, and I am so excited to experience Taiwan like that” said Shiah.

The film will explore the unique landscape, people, food, and culture of Taiwan—a subtropical island with a melting pot of aboriginal, Chinese, and Japanese culture. Taiwan is home to a vibrant biking culture and Giant, the largest bike manufacturer in the world. The island’s beautiful landscape, rich history, and unique place in the world stage of international economics and politics make it an excellent backdrop for the themes Shiah and her co-director Anne Zhou will explore.

Many recent graduates find themselves in the struggle of trying to understand their identities—whether vocational, sexual, cultural, or spiritual. This documentary intends to address these issues by decontextualizing the constructs of identity built upon Western individualism and holding in contrast Eastern collectivism and the ideas that accompany such a vastly different worldview. The film seeks to be a twist on a coming of age story many are familiar with- a trip abroad, learning and exploring, sleeping in hostels, but instead of backpacks in Europe, bicycles in Taiwan.

To learn more about the HuanDao Documentary, visit the Kickstarter page or HuanDaoFilm.com.