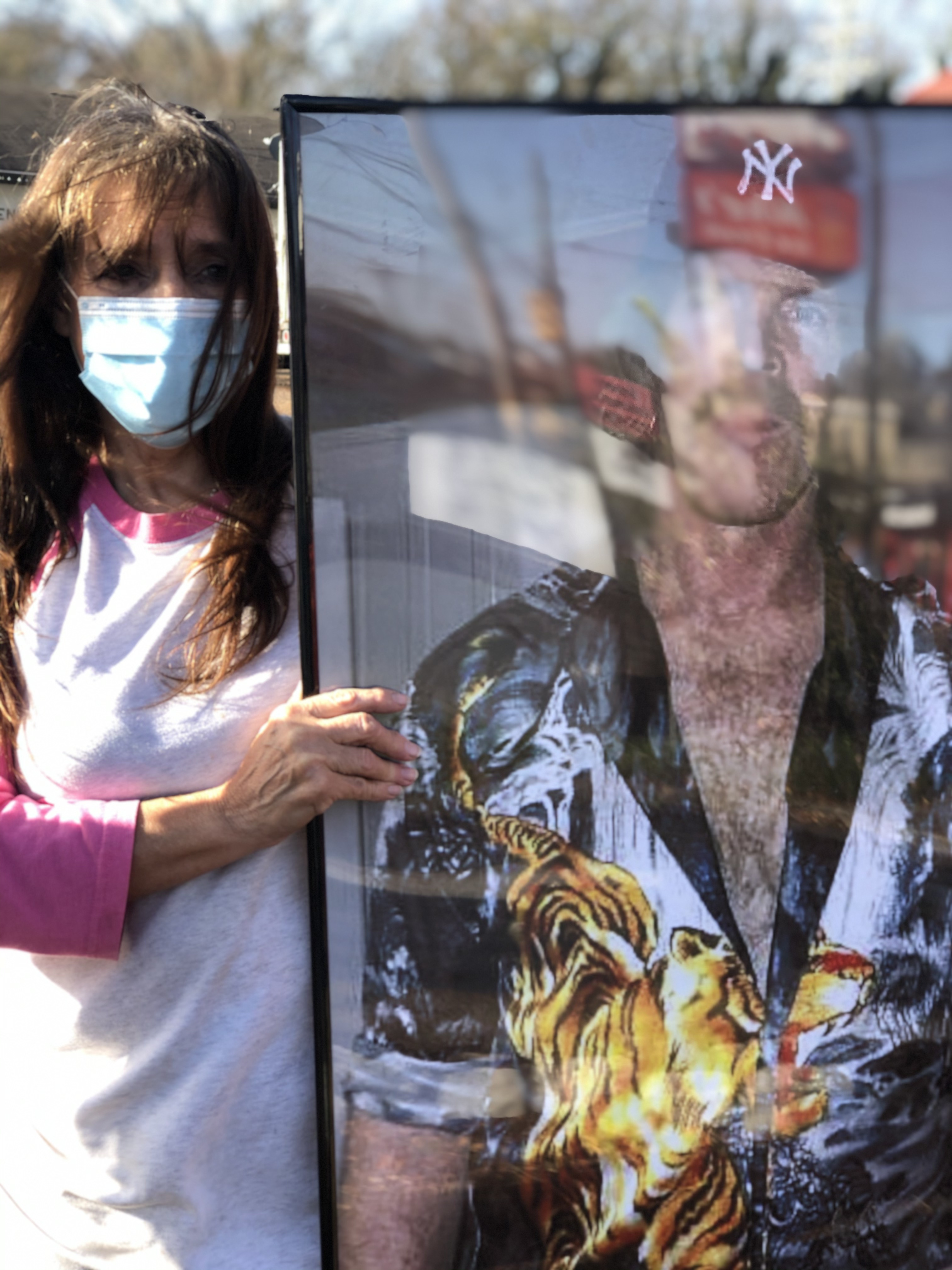 "10 months of not having my dad's robust laugh. We have a 5.5-month-old son that will never know him other than by stories or pictures". - Chance, Kenny Urbach's son.

Robust. That was the word used multiple times to describe Kenny Urbach on this year's World Day Of Remembrance.

Kenny was a New York native; he towered most people in the room, standing at 6 ft 3 inches. Kenny was a father to 3 boys, all grown, partner of 33 years to Liberty.

Kenny first met his wife, Liberty, in New York’s streets and accompanied her on an errand.  When you see Liberty share this story you can hear the flirtatious energy between them. According to Liberty, Kenny was immediately recognizable and could not be overlooked in a room; you could not miss Kenny.

Kenny was returning home from a hospital visit and was using WeGo, Nashville's public transit system.

He crossed Gallatin Road at Ardee across the street from the popular Sip Cafe. He was doing everything he should have been, using the crosswalk and crossing on the signal. However, due to his sciatica, Kenny was walking a bit slower. On average, it took him 10 seconds to cross the street, and the crosswalk signal was only timed was for six seconds.  Kenny had six seconds to cross a five-lane inner-city intersection.

Kenny did not make it to the other side of Gallatin road; he was struck by a driver going 67 miles per hour.

His family gathered on Sunday, November 15th, World Day of Remembrance, an international day used to remember the many lives taken in the streets by drivers and failed street design.

I met the Urbach family on this day. Liberty is a shorter, darker-haired woman, and she carried a large poster-size portrait of Kenny. The poster was almost as big as her, and you can imagine that Kenny towered above her in person.  Liberty is a music maker. You can practically hear her deep soulful music by speaking with her and listening to the stories of her relationship with Kenny.  She misses him on the daily.

"A city the size of Nashville should have more than 6 seconds to cross the road"- Chance, son of Kenny.

Cyrus, son of Liberty and Kenny, shared that he misses his dad’s name being mentioned. He misses the frequency of hearing his dad’s name in everyday conversation. The Urbach family has had to grieve in isolation. Kenny passed away before the pandemic hit Nashville and the family has had to grieve without much community, which by the stories we hear of Kenny, we can see he was the center of the crowd. 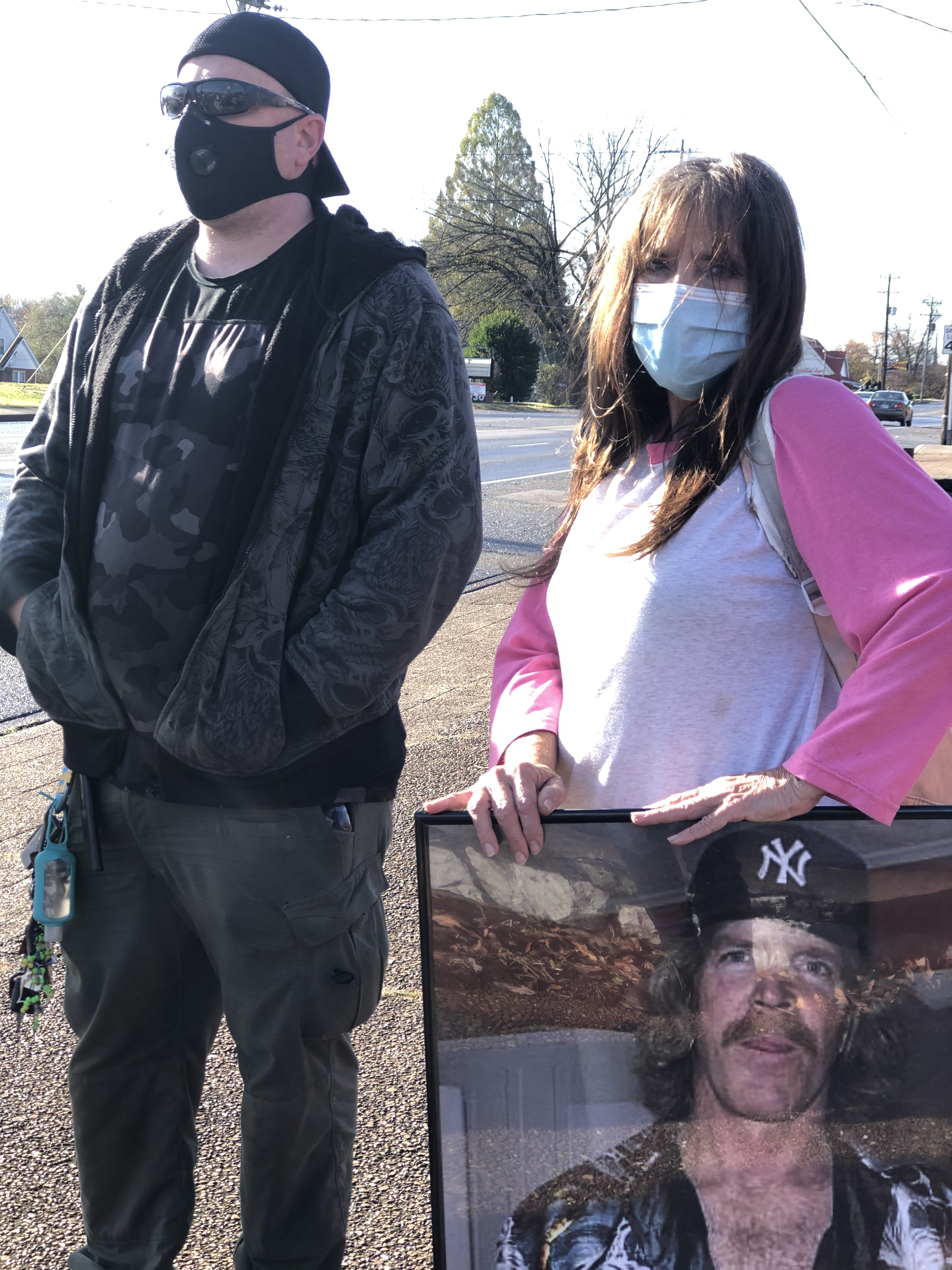 Kenny is loved and missed by those who shared his life with him, Liberty, Chance, Cyrus, family, and friends that were able to meet him, and family that will only know him through others' stories.

At the time of World Day Of Remembrance 2020 in November, 34 people had been killed in Nashville's streets.

In Chance's words, "34 other families have been destroyed, solely by being guilty of trying to live in their neighborhood, next year we're going to hit 40. There is a lack of awareness and infrastructure and training, and it needs to be fixed." 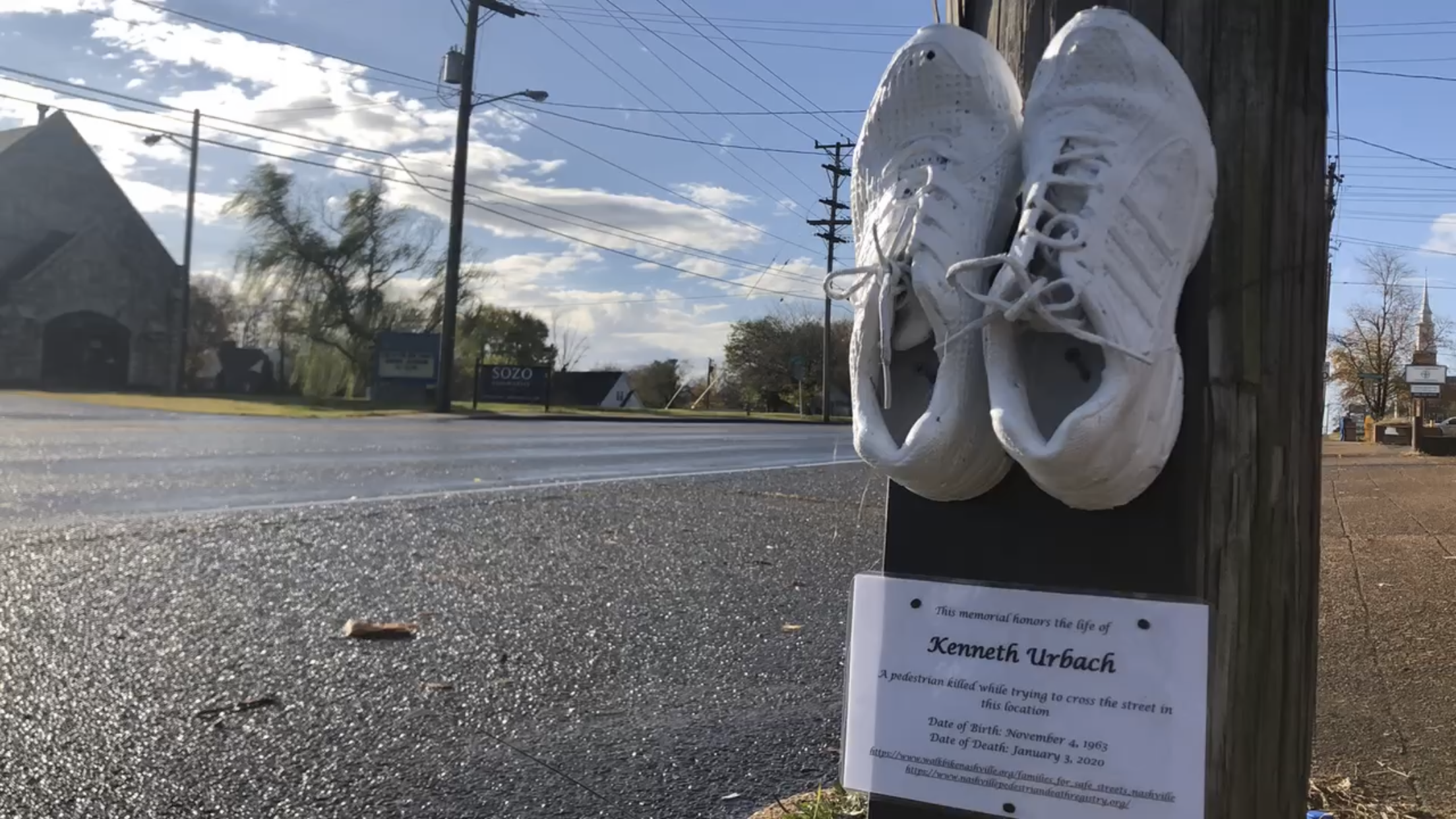 Our condolences go out to all these families who are unnecessarily suffering. WBN has started a chapter of Families for Safe Streets (FSS). This is a group for people who have lost loved ones while walking or biking in Nashville and for those that have been injured in a crash as a pedestrian or bicycle rider. The group is designed to provide a community of support for victims and loved ones.

Since the World Day of Remembrance, WBN volunteers have committed to erecting memorials across Nashville, honoring the people who have been killed by drivers, failed street design and lack of infrastructure.

Visit the World Day Of Remembrance to learn more about this annual international effort.