Metro Nashville needs to refocus on quick and low-cost transportation projects in order to keep pace with the region’s fast growing transportation challenges. We need to ensure safety is at the core of all street-design decisions. Metro also needs to move more quickly, using quick-build design strategies to accelerate cost-effective street improvements to benefit all Nashvillians.

These are some of the key takeaways in Walk Bike Nashville’s 2018 Moving the Music the City Report Card, which they released today. 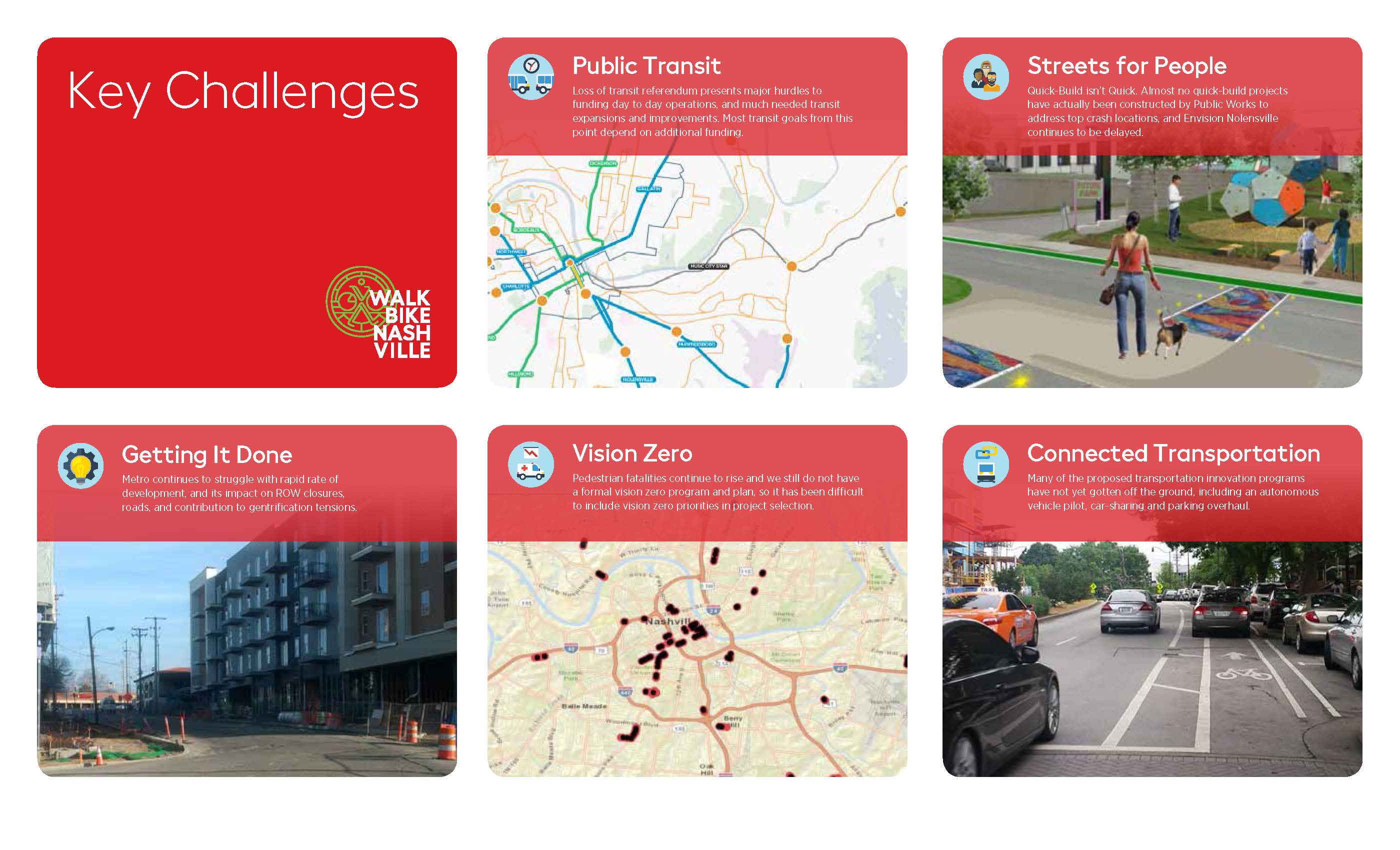 In summer 2017 Metro Nashville released “Moving the Music City: 2017-2020 Transportation Action Agenda” to provide the urgency and blueprints to address Nashville’s critical transportation needs. One year later the administration has changed, but the critical need to address road safety, traffic and meeting the transportation demands of our region remain.

“The short-term goals outlined in the Moving the Music City Action agenda are more important than ever with the loss of the transit referendum,” says Nora Kern, Executive Director of Walk Bike Nashville. “We don’t need billions of dollars to make our streets safer, more efficient and more multimodal. What we need is clear leadership from the Mayor’s office and continued proactivity and creativity from our metro transportation staff—to get as much done as possible with the budget we have.”

The 2018 Report Card reviews the 5 goals outlined in the original Moving the Music City Action Agenda and determines which goals are on track, ahead of schedule, or behind schedule. The data was compiled by Walk Bike Nashville over the last two months with support from WeGo Transit, Metro Nashville Planning, Metro Public Works and Metro General Services.

Some key highlights from the past year included in the report card: 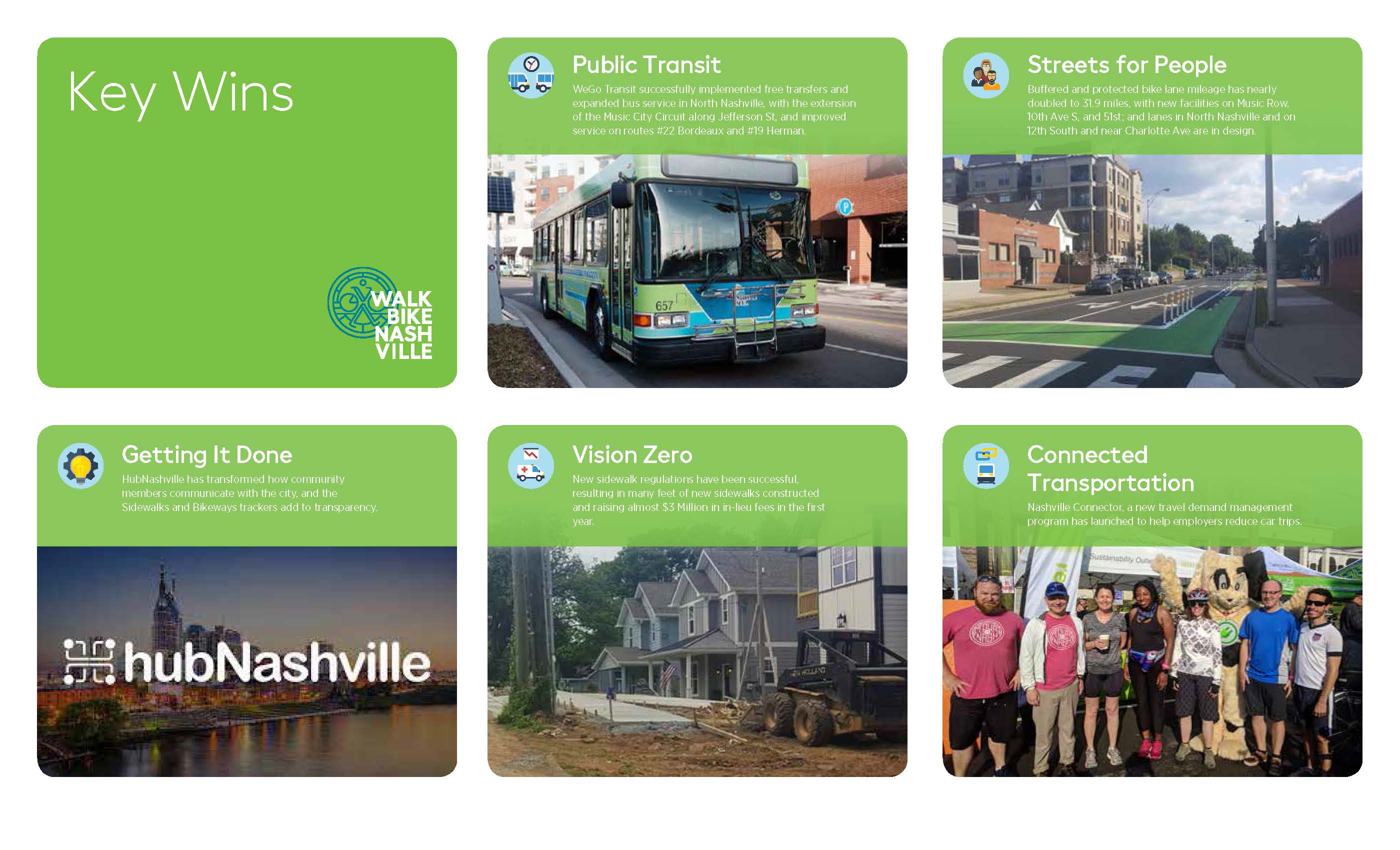 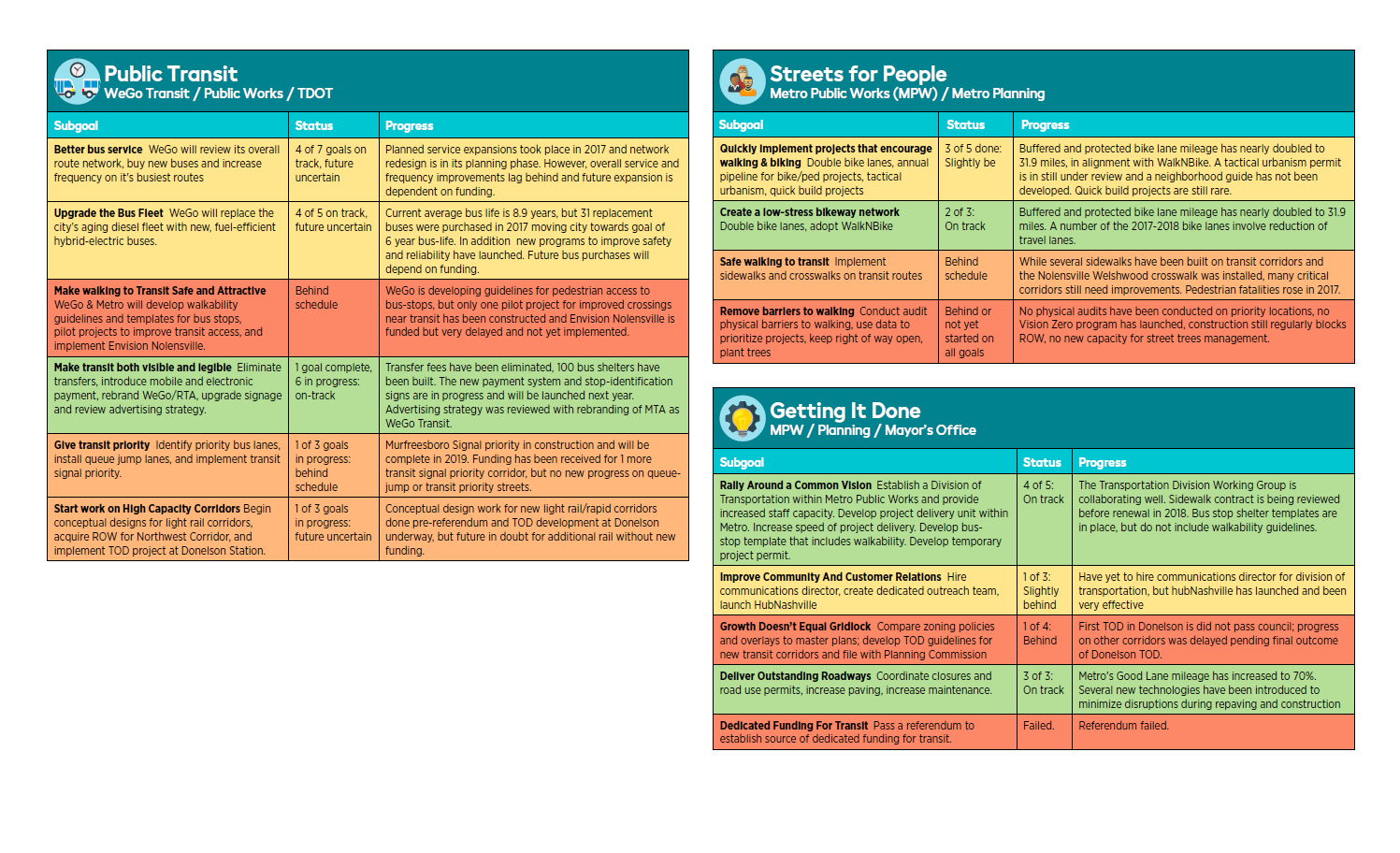 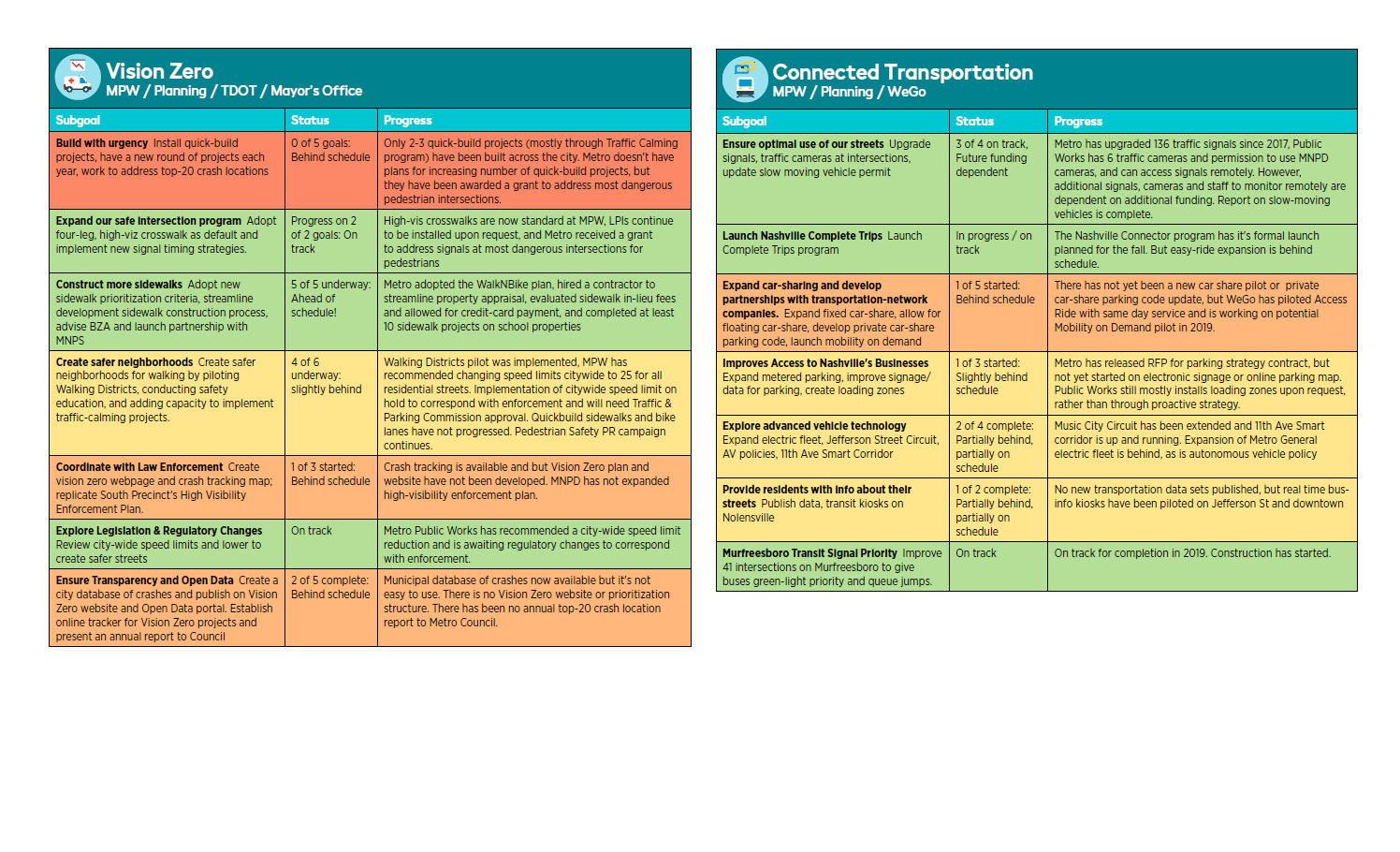