Congrats to our 2017 Annual Award Winners 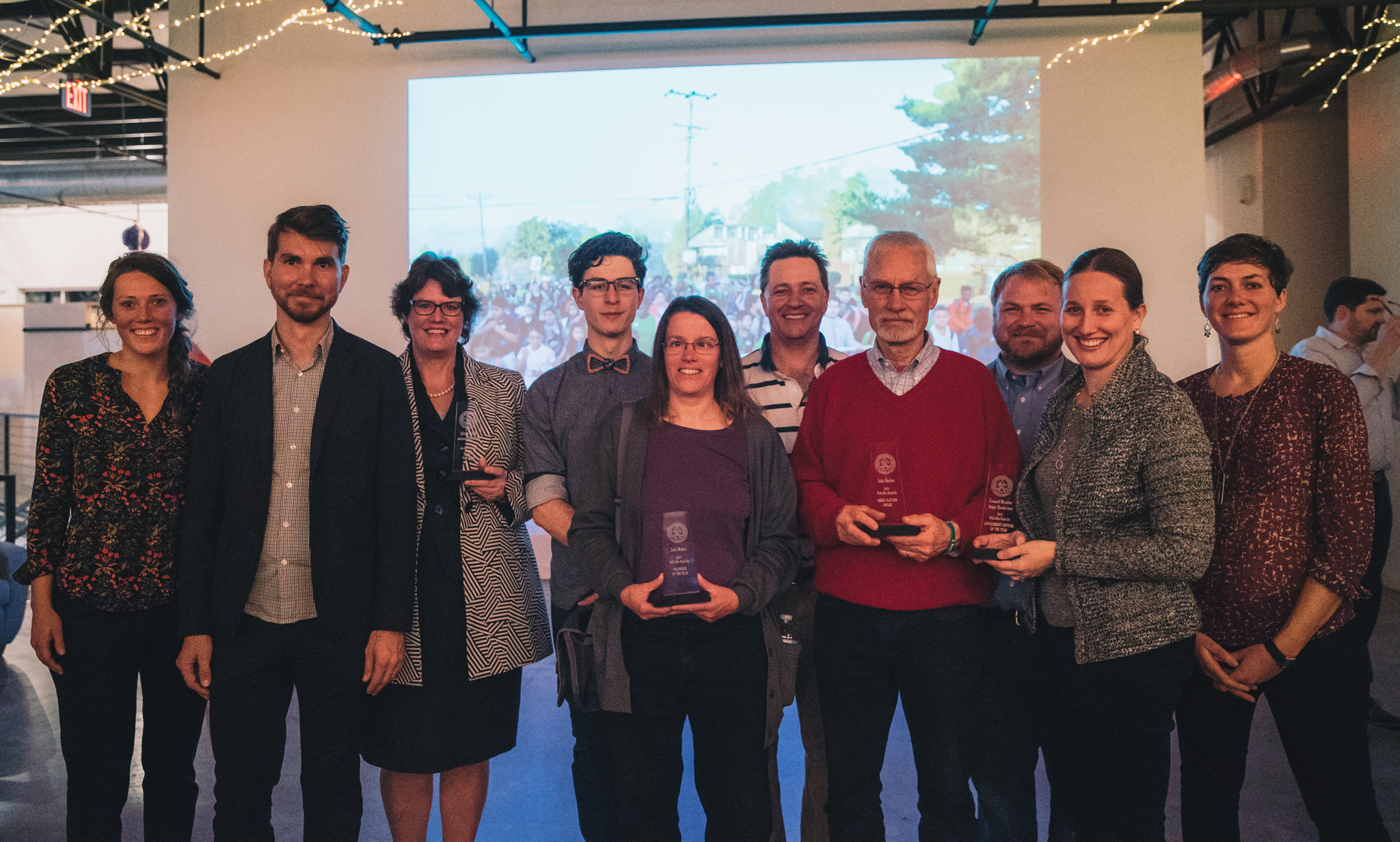 This year's award recipients are:

Everyone who is involved in walking and biking advocacy knows John Harkey. He works tirelessly to improve transportation options, serving on multiple boards and chairing the Metro Public Health' livability committee. His unending enthusiasm and optimism have been critical to moving our city forward, whether its through promoting active transportation at Vanderbilt, assessing Metro Nashville agency staff transportation system, advocating for a bicycle boulevard to connect downtown to the Parthenon or any of the many other causes he has championed.

Councilwoman Henderson is one of the strongest voices for walkable, bikeable and livable streets in our city. Not only was she chair of the Parks, Library And Recreation but she was the key sponsor and champion of the Nashville Sidewalk Bill, which was one of the most important pieces of legislation for walking over the past several years. This bill was developed, improved and passed thanks to the tireless efforts of Councilmember Henderson.

The Hillsboro-West End Neighborhood Association set the example for how a neighborhood group can innovatively and successful change their streets for the better. Thanks to their creativity, advocacy and diligence the city started the Walking District program, which lowers the speed limits for entire neighborhoods to create safer streets for all road users.

Julie Mattes -- Volunteer of the Year

KJ Garner -- Instructor of the Year

KJ was our go-to instructor of the year. Not only did she teach numerous community classes, from Adult Learn to Ride to City Cycling, but her enthusiasm, attention to detail, excellent presentation skills and calm manner made her a trusted teacher for riders of all skill abilities. She has also recently started a business to further bicycling in Nashville -- Bike Fun. Check it out at http://www.nashvillebikefun.com/